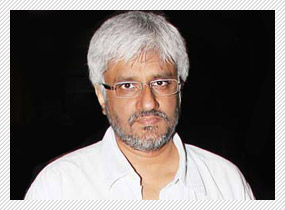 In a single year, Vikram Bhatt would be enjoying as many as four of his films release. While Dangerous Ishhq and Raaz 3 were directed by him, Hate Story was written by him and now 1920 - Evil Returns too has his tag as a writer even as Bhushan Patel is at the driver's seat. On the eve of the film's release, Vikram talks about the balanced approach that he takes while allowing another filmmaker to bring his story on celluloid, the failures he has encountered and the journey ahead.

Since you have written the story of 1920 - Evil Returns, how easy or difficult was it to disconnect from it and let someone else (in this case a debutant director Bhushan Patel) direct it?

Actually apart from being my childhood friend, Bhushan has also done some good work for me on this horror serial that used to come on the Colors channel. He had directed a few episodes there and I could see that he had it in him to make a feature film. As for me letting someone make a film based on my story then well, when I write a script, it is with such excruciating detail that there is no scope for error. If you read my script, you would find that it has everything written down, right from the point when the girl should stand up to the moment when a boy should sit down.

However, doesn't your heart pine to be involved a little more than just being in the capacity of a writer?

Who says I am not involved (smiles)? Though I don't go on the sets when someone else is directing, there is a huge involvement during the edit and the background score. In any case 1920 - Evil Returns has the same art director who has worked with me before due to which the hue and look are expected to be similar; that's the endeavour as well. The overall framing is obviously done by Bhushan though. See, I am close to the film as far as the screenplay is concerned. Also, when someone else is directing the film for the company then my role of a producer becomes two fold.

For starters, you need to be far enough to let him do his job but then also close enough to monitor at any given point in time. You have to maintain the sanctity of a director because if I am directing a film, even I won't like anyone standing right behind me, especially if he is an experienced filmmaker himself. However, if someone is taking my franchise forward then it is my moral responsibility to ensure that the end product of is a worthy successor.

While you have allowed your directors a free hand in the past well, the overall appreciation and fate of Hate Story and Lanka were quite contrasting in nature.

When it came to Lanka, the director went away to shoot at another place for 40 days due to which we could not monitor what was being filmed. When he came back, the end result was different from the script that was narrated to me originally. To begin with, we had this story about molestation and had its core belonging to sexual content. However the perspective changed in the film that was shot. Moreover, since I had not written Lanka, I did not have further control either.

Guess things changed for films made by you after that.

Yes, it has been much better for Hate Story as well as 1920 - Evil Returns since Vivek (Agnihotri) and Bhushan have taken forward what I wrote originally and adopted it to their own medium of storytelling. They have done complete justice to the end product.

Meanwhile there is another Bhushan in your life, Bhushan Kumar, with whom you have signed a three film contract. Do you want to share plans around that?

All I can say as of now is that one film would be directed by me and others directors would be roped in for the remaining two. Bhushan and I would be co-producing these three films.

What's the genre you are looking for the one which you would direct?

Too soon to divulge much, though I can say that what I would be making is something that I or no one else in this country has ever done before.