Bhumi Pednekar is currently shooting for Akshay Kumar’s Durgavati and she has struck a beautiful chord with the locals of the city. We hear Bhumi recently formed her own cricket team with the locals and played a game of gully cricket as hundreds cheered her on! 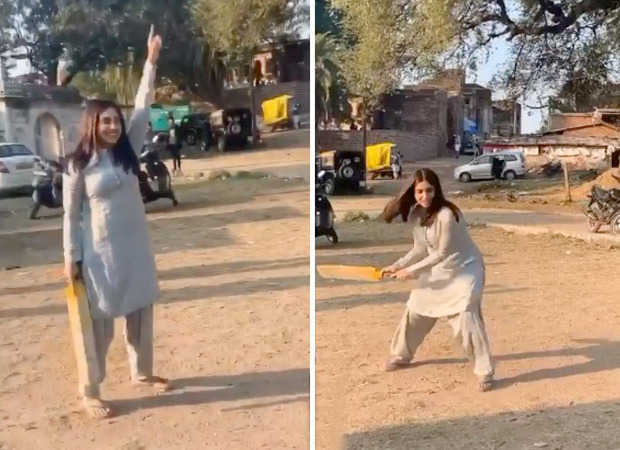 “The locals got to know that Bhumi is shooting in their city and they started thronging to the shooting location to say hello to her. Bhumi saw the crowd and met with as many people as possible. Her eyes went to a group of locals and kids playing cricket and her eyes lit up. She loves the sport and wanted to play it. The locals were more than happy that Bhumi wanted to play cricket and immediately two teams were formed,” informs a source from the sets.

The source adds, “Bhumi played for about 45 minutes with the locals and she had a blast! The locals were also thrilled seeing that Bhumi can actually play the game decently well and cheered her on. Bhumi was touched with the love that she received from the locals and thanked them incessantly. The locals have extended an open invitation for Bhumi to join them in a game of cricket whenever she wants!”

Durgavati is said to be the Hindi remake of Telugu movie Bhaagamathie which originally starred Baahubali star, Anushka Shetty. It is a story about a female IAS officer Chanchala Reddy who is imprisoned in a haunted house. Eventually, things take a drastic turn when she gets possessed by a spirit. The film was a big hit at the box office.

ALSO READ: Bhumi Pednekar goes the extra mile for her spotboy, empowers her to start a new business

Bhumi Pednekar gives a glimpse of her look…

“You're talking to someone who has directed…