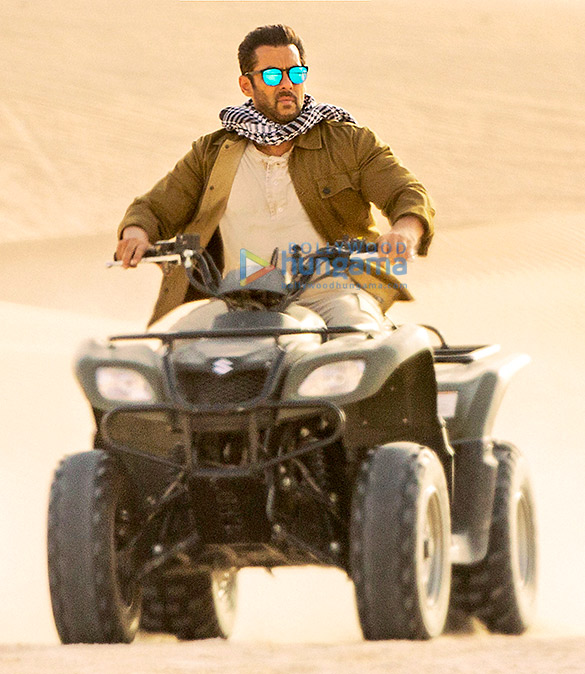 Behind-the-scenes images of the cast and crew of forthcoming Bollywood blockbuster Tiger Zinda Hai filming in Abu Dhabi have been released - including a shot of Indian icon Salman Khan riding a quad bike through the desert. The film is also living up to its label of being the most anticipated Bollywood movie of the year after smashing viewing and social media records with its trailer.

The behind-the-scenes images include a shot of Salman Khan driving a quad bike through the Liwa desert, where temperatures reached a scorching 50 degrees Celsius. Liwa is one of several locations used in the movie and has also featured in a number of other major productions, including Star Wars: The Force Awakens. Talking about the location the film's director, Ali Abbas Zafar, said, "Liwa has the highest sand dunes in the world, Tiger Zinda Hai required a certain scale of desert in the film and Liwa provided that.” 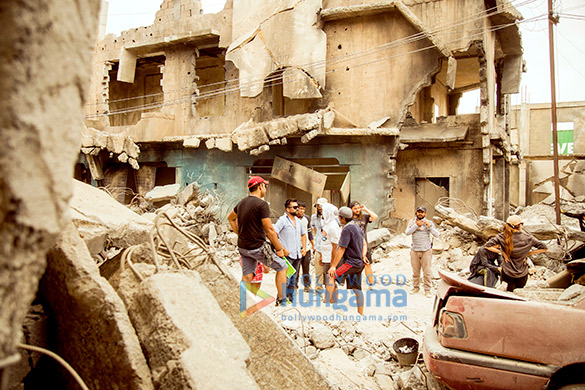 Tiger Zinda Hai is set in Iraq for its most crucial chapter, which focuses on the real-life hostage case of 46 Indian nurses. Yash Raj Films and twofour54 left no stones unturned as they recreated Iraq in Abu Dhabi by building a 20,000 sq. metre set on the backlot in Khalifa Industrial Zone (KIZAD) as well as filming on location.

Further talking about shooting in the extreme location, Zafar added, "Temperatures were soaring and as we shot action sequences with a moving car here, the conditions were extremely challenging. But the unit stood by our vision, and the local crew at Abu Dhabi was also very supportive. We achieved that which we set out to do." 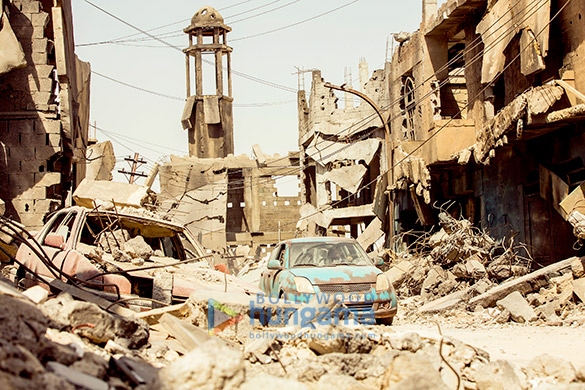 The other images show Ali Abbas Zafar at the backlot, where he is discussing a scene with his crew on a set designed by Yash Raj Films to look like a conflict zone in Iraq. A third image features Khan's co-star Katrina Kaif with the director and members of the UAE Army, which provided a great deal of support for the film, including trucks, hardware, tanks, professional personnel and helicopters, much of which is seen in the movie.

Her Excellency Maryam Eid AlMheiri, CEO of the Media Zone Authority - Abu Dhabi and twofour54, said, "These new images are testimony to the incredible locations, facilities and talent that Abu Dhabi has to offer to filmmakers from around the world.” 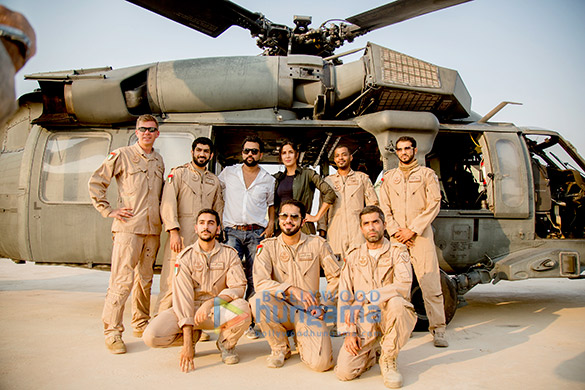 Interestingly, Tiger Zinda Hai is Abu Dhabi's longest feature film project to date. The film was shot over a 70 -day period with a 100-person production team from India, US, UK and the MENA region. Talking about why they opted to shoot there Ali Abbas Zafar said, "When you go to shoot a film that has larger than life scale like Tiger Zinda Hai, you have to look at many factors. The film's shoot is important. So is the hospitality - hotels for crew members, on ground technical crew and suitable film equipment become key deciding factors. Abu Dhabi offered all of these and more. We decided to recreate Iraq here as it was the perfect location for all these reasons."

As for the film, Tiger Zinda Hai that stars Salman Khan and Katrina Kaif will release on December 22, 2017.