Vaani Kapoor has been receiving positive responses for her sensitive yet strong portrayal of a trans woman named Maanvi for the recently released film Chandigarh Kare Aashiqui. Directed by Abhishek Kapoor, the film has Ayushmann Khurrana essay the role of a weight-lifting champion working at a local gym in Chandigarh while Vaani plays a zumba instructor at the same gym. They fall in love but drift apart after Vaani discloses her past to Ayushmann. 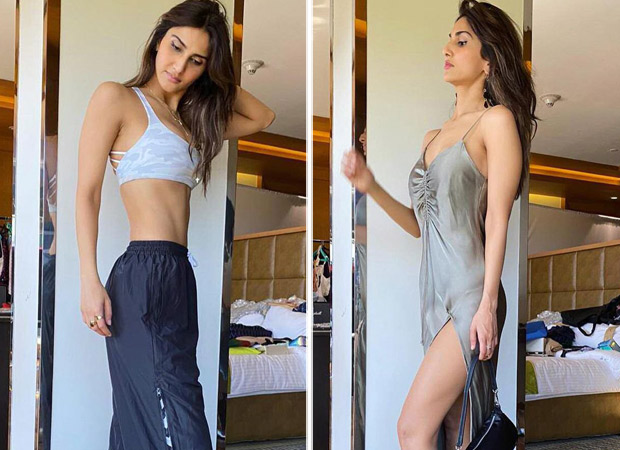 Apart from her performance, Vaani is being lauded for her looks in the film. Playing a zumba instructor, Vaani is at her fittest best in the film and is seen donning some of the most stylish attires throughout the film. On Thursday, almost a week after the release of the film in theaters, Vaani dropped pictures of her doing trials for the look of Maanvi.

In the pictures shared by Vaani, she is seen standing in a big room trying on different outfits and posing. In the background, we can see multiple outfits and accessories kept for Vaani to try to get the perfect looks for Maanvi.

Meanwhile, Vaani will be seen next in Karan Malhotra’s big-screen spectacle Shamshera opposite Ranbir Kapoor. Shamshera will release on March 18, 2022.

ALSO READ: EXCLUSIVE: Abhishek Kapoor on Chandigarh Kare Aashiqui- “Credit to Vaani Kapoor as most mainstream heroines will not take on this role”