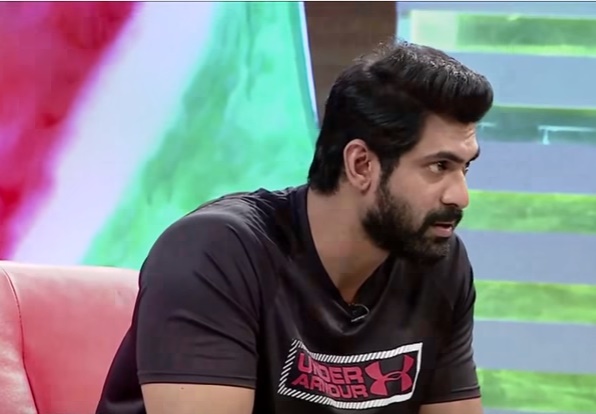 Baahubali 2 - The Conclusion released this past week and has already shattered all the box records not in the country but worldwide. Rana Daggubati aka Bhallaladeva too has received a lot of praise for his role. Now, an interesting thing has come into the picture about Rana Daggubati which many were unaware about.

Did you know Rana Daggubati is actually blind in his right eye? Well, an old video of the Telugu actor has resurfaced where Rana admits that he is blind in one eye. He was invited to speak on a Telugu program where celebrities come and share their stories with people to help them deal with their life’s problems by taking up their job for one day and giving back almost 10 times of what they earn. He motivated a woman who has a problem in her eye by saying that being blind should not stop her or her children from living life or being under the pressure or fear.

In the episode, Rana spoke about his disability. Speaking in Telugu, he says, "Should I tell you one thing? I am blind in my right eye. I see only from my left eye. The one you see is someone else’s eye, which was donated to me after his death. If I close my left eye, I can see no one. LV Prasad operated on me when I was young. Study well, we will support, be courageous as you have to look after her. Sorrows will go away one day but you have to gear up and keep them happy always."