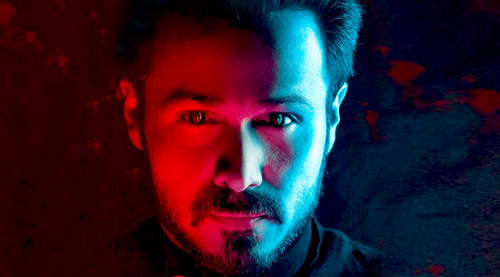 Horror, by convention, has always been about ghosts, demonic spirits, haunted houses or other supernatural aspects. In cinema, it broadly included thrillers that seemed ghostly but had a worldly explanation (like the slasher film Ssshhhh... in 2003 and even Gumnaam in 1965).

Over the decades, though inspired considerably by their Hollywood counterparts, Hindi cinema acquired its own set of stereotypes-a woman or spirit in white singing a haunting song that attracted the hero, a mythological base where rituals led to either evil or its end, or the ichchadhari snakes (those that could take human form to avenge a wrong). Unfulfilled romance and revenge were also a formula, seen all the way up to the 2007 Om Shanti Om, where a supernatural element provides the twist in a climax ripped from the 1958 Madhumati.

From the early 1970s, tacky special effects like horrendous masks, monstrous creatures and all kinds of freaky elements came in. The Ramsay brothers (a clan that handled many crucial departments of filmmaking from production to sound, camera, costumes et al and were sons of F.U. Ramsay) specialized in almost two dozen such low-budget offerings, and some, like Do Gaz Zameen Ke Neeche, Veerana, Purana Mandir and Saamri earned big profits.

Until the '70s, the term 'horror film' as a tag was still not given to movies like the 1949 Mahal, the 1962 Bees Saal Baad, the 1964 Kohraa, 1965 Woh Kaun Thi? and others. But after the blockbuster Indian success of The Exorcist and The Omen in the mid- to late '70s, the genre was finally named this way. Never mind if it went on to encompass even an alien concept like zombies (Go Goa Gone in 2013) or movies with a friendly spirit (Chamatkar, Bhoothnath, Bhoothnath Returns).

The template & the budgets

Today, Hindi horror films have a rather unshakeable template-they are all about revenge on wrongdoings by one or more persons. Unlike their Hollywood counterparts (extensive in number) that have always been reasonably innovative, the Hindi horror movie has run out of steam-or should we say the evil fizz.

Yes, we have experimented with horror comedy (A Gang Of Ghosts rehashed abominably from a Bengali delight, and Great Grand Masti, where there was a horror element at center-stage in sex-comedy) and even with modern technology blended with the supernatural (3G), but without any success. And homespun subjects as well as rehashes of foreign films (Anjaane: The Unknown, Alone et al) have all come croppers.

The main problem is the same budget-versus-face-value crisis that affects all movies in the last decade. There are other issues too, like the hurry to make the next film or even design a franchise after the first part works at the b-o. Bigger budgets in the next film in a franchise are an accepted norm. VFX and marketing are more ambitious and more expensive. So if the story, script and making do not match, the film is undone. And that has been so with over 50 films in about 15 years!

The final and vital nail in the coffin is the usual cost of watching a film in a theatre with good projection and sound that the genre demands, besides the creature comforts. For example, the non- star cast Horror Story was fairly scary and gripping, if familiar, but who would want spend a few hundred rupees per ticket to watch unknown faces? On the other hand, Ram Gopal Varma's Phoonk was declared a hit more because of its threadbare budget than the actual number of footfalls.

RGV then got over-ambitious, whipped up the completely ludicrous Phoonk 2, and the audience just blew the film away. The tendency to cash in on successful brands also came woefully undone in films like RGV's Bhoot Returns and Darna Zaroori Hai and the two sequels to 1920 produced by Vikram Bhatt.

Yes, there were some genuinely decent (or better than decent) attempts that backfired due to such imbalances like Vaastu Shastra, 13B, Darr@ The Mall, to an extent even Ek Thi Daayan and the semi-horror thriller 404-Error, Not Found. As late as this year, a superb thriller masquerading as a horror film, Phobia, also came unstuck due to the same lack of face-value.

And we are indeed a far cry from Hollywood where (despite the quantum of horror films made every year) Paranormal Activity did a business of 431 times its investment, and where 28 of 202 such films made in the millennium made 10 or more times the investment as against six romantic comedies out of 180 and only four action movies that pulled off similar return of investment.

Horrors! Where Is The Audience?

To put it another way, the audience is now scared of, rather than by, horror films. There is nothing promising, except to die-hard addicts of this genre, who would want to watch every possible film. But gradually, even these fanatics are losing interest, as their craving for gooseflesh is not being met!

Not with standing the Ramsay hits, the only supernatural sagas that worked in the '70s were Rajkumar Kohli's Nagin (on the revenge of an icchadhaari female snake) and his Jaani Dushmun. In both, he assembled great music, an impossibly multi-star cast (a big draw then) and elements from successful movies from here and Hollywood.

In the 1980s, as Hollywood continued to terrify audiences, the audience gave a thumbs down to Gehrayee, a mishmash of The Exorcist, despite Padmini Kolhapure's nude scene. The only supernatural film that succeeded was Nagina (1986) with queen bee of the box-office Sridevi, Rishi Kapoor, Amrish Puri as the baddie and chartbusting songs. The 1990s saw horror thrive in Hollywood, but was as good as missing from Hindi cinema, which was then obsessed with romantic feel-good films and the opening of NRI markets.

It was in 2002 that Raaz gave a major impetus to horror films. The age-old pativrataa naari-versus- evil-spirit tale became the year's biggest hit, and for the last time in a supernatural film, we heard hit music-this association had begun in 1949 with Mahal!

In 2003, Ram Gopal Varma came up with what is still Hindi cinema's best horror drama, Bhoot (2003), the chilling story of a couple buying a haunted apartment in which injustice had been done. Brilliant background music and truly scary situations made the multi-star cast film score high. In the same year, RGV produced Darna Mana Hai, six fabulous ghostly stories narrated against the backdrop of another horror tale involving youngsters.

The impact of this trilogy was so much that Raaz producer Mukesh Bhatt marketed his sweet romance with a (positive) supernatural angle, Saaya, as a horror film-and came unstuck.

But in the last 13 (yes, 13!) years, only six horror movies have made the box-office grade. The first was the 2007 Bhool Bhulaiya, a skilled saga of how medicine-meets-occult, told with a lot of humour by Priyadarshan with Akshay Kumar and Vidya Balan. In Raaz-The Mystery Continues (2009), director Mohit Suri incorporated a thought-provoking social angle of foreigners exploiting Indian markets for profit. The third installment Raaz 3 (2012) struck a chord with an insecure fading actress casting a spell on the new film star. 1920 was a wonderfully conceived period drama with a touching Freedom Struggle element. Haunted (2011), again took an easily-identifiable tale of broken romance with the added novelty of 3D. And Ragini MMS in the same year was as scary, if not more, than Bhoot and took a leaf out of Paranormal Activity. We will not include Ragini MMS 2 (2013), a project more than a gripping drama, which cashed in on Sunny Leone's erotic quotient and a couple of item songs to boost a tepid supernatural plot.

However, a demanding audience needs something solid now to make the ticket rates value for money, and if Vikram Bhatt's forthcoming Raaz Reboot does not deliver, horror films may well be exorcised from Hindi cinema.

Did we hear this genre's buffs exclaiming, "Horrors!"?

EXCLUSIVE: Amruta Khanvilkar talks about her…

“When Aankhen was being made, a lot of…