Aamir Khan and Kareena Kapoor Khan starrer Laal Singh Chaddha has wrapped production. Actor Atul Kulkarni shared a behind-the-scenes photo from the sets as they called it a wrap. 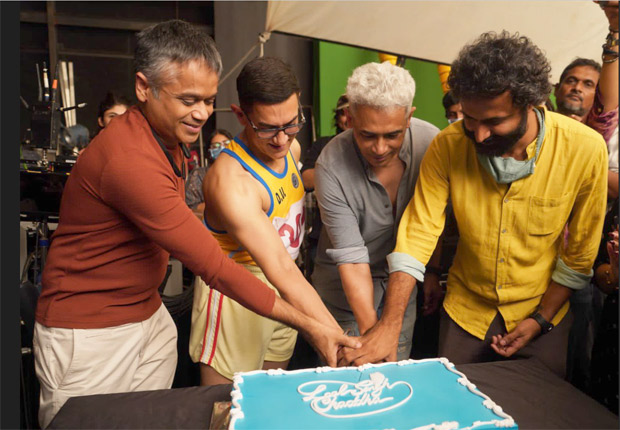 Taking to his Twitter handle, Atul shared the picture of himself, Aamir Khan and other crew members were cutting the cake with the name of the film written on it. In the caption he wrote, “It’s a film wrap for #LaalSinghChaddha !! #aamirkhan @AndhareAjit.”

The film is an official adaptation of Hollywood star Tom Hanks' 1994 movie Forrest Gump. It went on floors in December 2019 and was shot across 100 locations in the country.

Laal Singh Chaddha has been helmed by Advait Chandan, who made his directorial debut with the 2017 musical drama Secret Superstar, starring Aamir Khan and Zaira Wasim.

The film also marks a third collaboration between Aamir Khan and Kareena Kapoor Khan after 3 Idiots and Talaash.