Bollywood actress Athiya Shetty got creative as she assisted her cricketer boyfriend KL Rahul in getting an aesthetic picture. 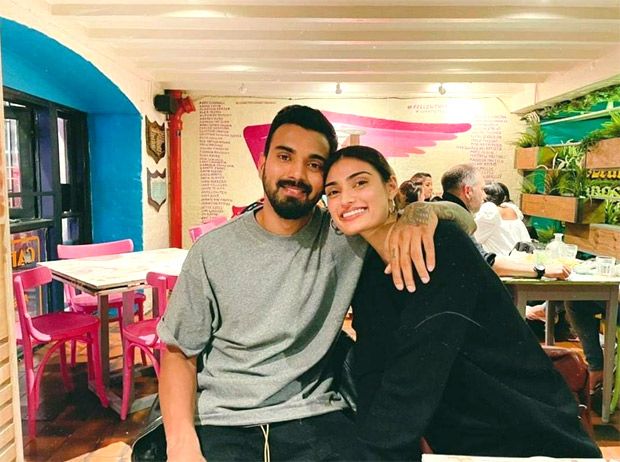 In a recent photo that went viral on social media, the pair was seen getting prepped for a shoot.

Athiya and Rahul’s relationship was the rumour floating around in the industry but the duo made it official last month, at the premiere of her brother Ahan Shetty’s debut film Tadap. Rahul posed for the paparazzi with Athiya and her family.

Rahul also wished Ahan on the release of Tadap. Sharing a picture of them sitting in a park, he wrote, “No more looking back, my brother @ahan.shetty. So proud, only bigger things ahead for you. Tadap out now.” Athiya commented on the post, “Best boys,” followed by a heart emoji.

Athiya Shetty, daughter of Sunil Shetty was launched in Hero opposite Sooraj Pancholi in 2015. After that, she starred opposite Arjun Kapoor in Mubarakan and appeared in a special song, Tere Naal Nachna, in Nawabzaade. Her last release was Motichoor Chaknachoor in 2019.

Also Read: Double wedding in Shetty family in 2022 – Ahan Shetty and Athiya Shetty to tie the knot this year