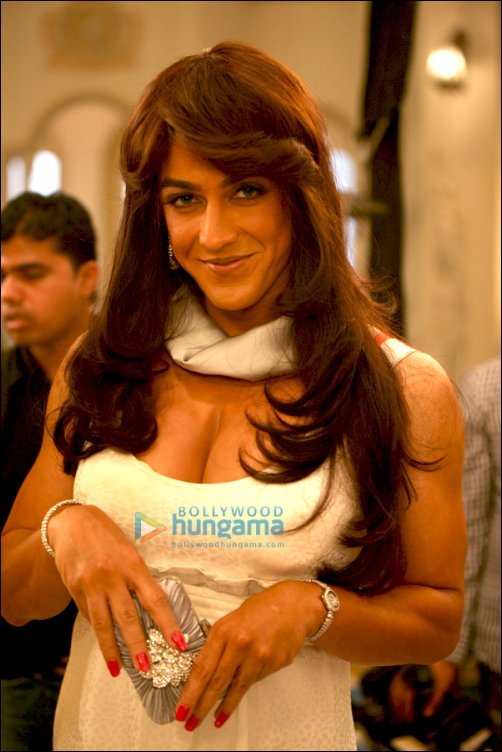 Ashish Chowdhry he has been getting a lot of positive response from his friends and fans for his chiselled physique that he has been working on.

But alas! As they say, not all good things last long! The actor who is currently shooting for Reliance Entertainment and Maruti International's Double Dhamaal has reportedly agreed to tone down his macho look for the movie.

News is that the actor is playing multiple characters, with different looks and costumes in this comic caper. One such character is where the actor will be seen playing a sassy woman trying to seduce Sanjay Dutt.

Now obviously, it would be difficult to pull of this seductress act with a macho body like that. Thus it was the joint decision of director Indra Kumar and Ashish to tone down his body to look every bit of the sexy chic that he was supposed to play.

"I have lived with the story of Lal Bihari…