Bollywood superstar Shah Rukh Khan’s eldest son Aryan Khan was seen representing the star at Saturday’s IPL 2022 match between the Kolkata Knight Riders and Chennai Super Kings. Khan was seen at the Wankhede Stadium in Mumbai, cheering for his father’s team KKR, which is facing CSK in their first IPL match of this year. Aryan, along with younger sister Suhana Khan and co-owner Juhi Chawla’s daughter Jahnavi, represented their parents during the IPL auction earlier this year. 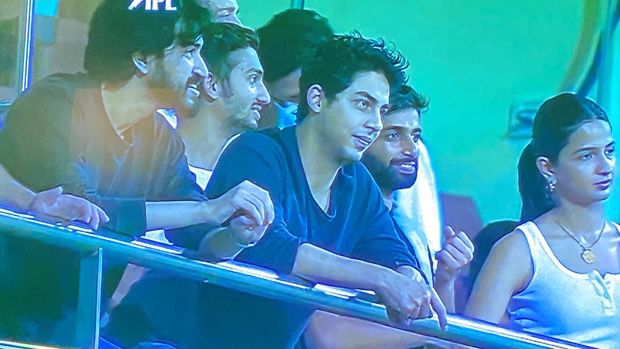 “Not just the future, they are the present of the team. It is very funny how there was a time when our kids would be at home and we would be on the screen. Suddenly, it was the other way around because I was home watching my daughter on-screen. It was beautiful. God bless her, Aryan and Suhana. I wish them all the best,” she told us.

Earlier this month, Aryan had marked his presence at Dharma Productions’ CEO Apoorva Mehta’s birthday party, which was attended by major celebrities from the entertainment world.