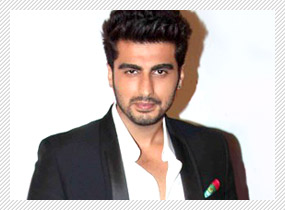 2 States is a huge hit at the box office and should be crossing 100 crore this weekend. In the process, Arjun Kapoor is all set to break his own record (and that too as a solo lead) of Gunday which had accumulated Rs. 78 crore at the box office. With the film, he has also moved out of the 'angry young man' image that he had soon started developing, courtesy Ishaqzaade, Aurangzeb and Gunday.

Arjun Kapoor to enter 100 crore club, not worried about ‘typecasting’

So can he say that with 2 States to his name, he has escaped from being typecast in only a particular kind of role?

"See, har picture ki ek alag duniya hoti hai. A relatively new entrant like me is just 3-4 films old and I am sure that audience doesn't typecast an actor so early. I am not worried about any slotting happening for me per se as yet," says Arjun in a composed tone.

As for conscious effort being put into an image changer exercise, Arjun reveals in a matter of fact tone that actually he had first signed 2 States and then Gunday.

"This shows that I am not shying away from the action zone," says Arjun, "I love playing different characters and then there are also layers in different characters. A lot also depends on the setting of a film. Like, Ishaqzaade was set in a small town which exists in reality. On the other hand, Gunday was about a world which doesn't exist. As for 2 States, it was as real a setting that one can expect and moreover the film's treatment wasn't stylized either. I am glad that the film has managed such a heartwarming and overwhelming response from all over."

Now one looks forward to what Arjun has to offer in Finding Fanny and Tevar, his next two releases, which would be releasing before close of year.