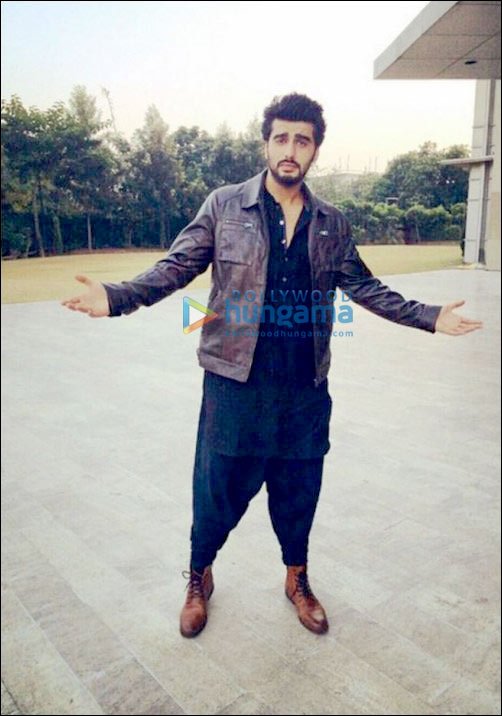 Amidst cut throat competition in Bollywood, many Gen Y stars have started what we call the 'mutual admiration society' where celebrities constantly post their comments on Twitter appreciating their colleague's work in a film. There have been many instances in the past when the actors have showed their strong support in many ways than one.


For instance, when Aamir Khan had his film Dhoom 3 releasing, his trademark hat from the film was worn by Salman Khan, Kareena Kapoor and others as showing their support towards the film.


The latest to join the trend is none other than the suave Arjun Kapoor, who, recently decided to support Sushant Singh Rajput (whose upcoming film Detective Byomkesh Bakshy is up for release soon) by wearing a dhoti at an event he attended! Needless to say, he was indeed looking like a million bucks in the attire.


The reason for Arjun to wear the dhoti is because he shares a great bond with Sushant. And when he saw a glimpse of the film recently, he liked it instantly.


Produced by Aditya Chopra and directed by Dibakar Banerjee, Detective Byomkesh Bakshy is slated to release in April 3, 2015.