Well, everyone, who has come across the throwback photos of Arjun Kapoor, would be aware that the actor weighed more than a few pounds during his teen years. The actor, however, underwent a drastic change in his physicality when he made his debut in Ishaqzaade. While since then, he has been working out and gyming constantly for his varied characters, he had to undergo a much more rigorous session for his role of a warrior in Panipat. Needless to say, weight plays an important role too and the actor decided to take up this journey without any inhibitions and has now recently decided to speak about it. 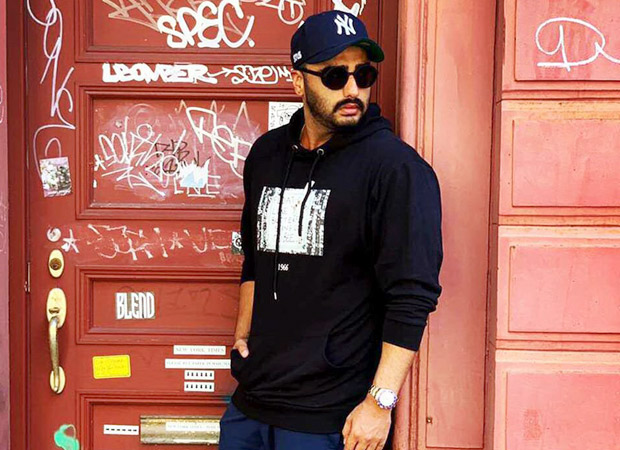 After his latest role of a spy in India’s Most Wanted, Arjun Kapoor will be seen in a completely new look for his forthcoming film Panipat. The actor will be seen as a warrior in the historical film and needless to say, he had to loose oodles of weight to get into the skin of the character. In recent reports, Arjun stated that if audiences are paying Rs. 500 to watch him in theatres, then they expect him to look a certain way and he will not let them down.

Speaking about he has been battling obesity since childhood, Arjun Kapoor spoke about how his overweight issues created ailments and that he has been fighting with these problems since years. However, the actor asserted his fans that he is back to feeling his best and he is confident about his character in Panipat too. He revealed that he has lost all excess weight and that now he can safely believe that he looks like a warrior. He concluded it by stating that he is extremely glad that he is able to achieve the physicality that the role demands in the war drama.

Besides Arjun Kapoor, Panipat also stars Kriti Sanon and Sanjay Dutt and it is directed by Ashutosh Gowariker. The film is slated to release on December 6 this year.

Also Read: Arjun Kapoor and Malaika Arora met Rishi Kapoor and Neetu Kapoor in New York and the picture is going to make your Friday better