It's been a while since Malaika Arora and Arjun Kapoor made their much-discussed relationship officially. Well, finally! The two were holidaying in New York on the occasion of Arjun's birthday when we came across this really adorable Instagram post by Malaika. Now, you can't blame us for trying to guess whether they want to take the wedding vows anytime soon! 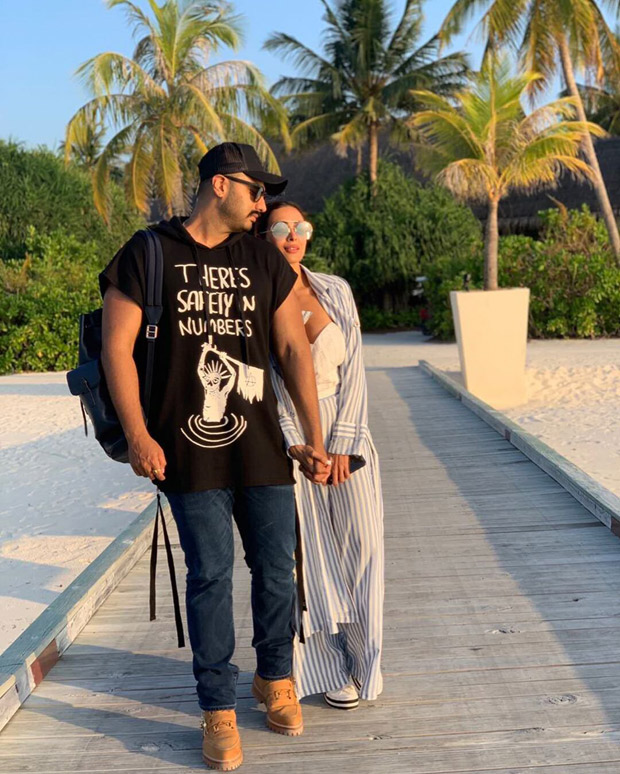 Wherever either of them goes, we bombard them with this same question. In a recent interview, Arjun opened up on the same and said that the wedding wasn't happening anytime soon. The actor, who seems to be in a really good equation with sisters Janhvi Kapoor and Khushi Kapoor now, also said that his family was known to celebrate weddings the big, fat, Indian way. Hence, he would never opt for a secret wedding but instead, will celebrate it with all due extravaganza and also a prior announcement. That sounds great!

Even in the professional space, Arjun is doing well. The recently released trailer of his next film Panipat garnered great response. He has also shot for Dibakar Banerjee's Sandeep Aur Pinky Faraar, which stars him opposite Parineeti Chopra.