Actor Sanjay Kapoor’s daughter Shanaya Kapoor turned a year older on November 2. While the star kid rang in her birthday with her family as well as her best friends Ananya Panday and Navya Naveli Nanda, her cousin and actor Arjun Kapoor shared a special post for her. Sending his virtual wishes to his cousin, Arjun shared a childhood picture of them. 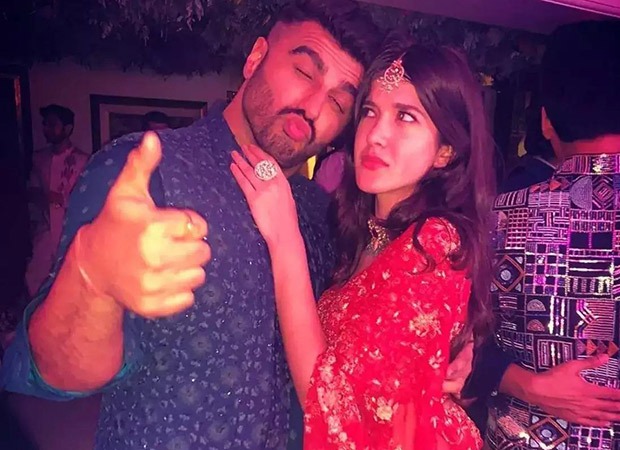 Arjun Kapoor digs out a childhood pic of Shanaya Kapoor on her birthday, calls her ‘future of Kapoor khandaan’

In the blur photo, a young Arjun can be seen posing for the camera with a toddler Shanaya. In his heartfelt note for his sister, Arjun wrote, “Posting this picture to point out that we may be older, but you’re always a baby to me. Here's wishing a very Happy birthday to the future of the Kapoor khandaan.”

Hours after the Gunday actor shared the photo, the birthday girl dropped her reaction in the comments section, Shanaya replied saying, “love you,” along with a bunch of red-heart emojis. While Arjun’s sister and entrepreneur Anshula called them “cutest”, Shanaya’s mum Maheep also showered love on the post.

On the other hand, Anshula also took to her Instagram and shared a video post to wish her cousin on her birthday. The video sees a little Shanaya dancing to Abhishek Bachchan and Rani Mukerji starrer Bunty Aur Babli title song with her friend Vedika Karnani. Anshula also shared a heartwarming message for her 23rd birthday. Along with Shanaya, her parents Maheep Kapoor and Sanjay Kapoor also reacted to the post.

The 23-year-old star kid is all set to start her acting career. She announced her debut project, titled Bedhadak, in March this year. While sharing the first poster, Kapoor wrote, “A new era of love is filled with passion, intensity & boundaries that will be crossed! Presenting #Bedhadak where I get to share the screen with my suave co-actors, Lakshya & Gurfateh - directed by the one and only Shashank Khaitan!”