On Thursday, Malaika Arora was seen visiting her parents in Bandra. She was accompanied by her son Arhaan Khan and boyfriend Arjun Kapoor. Malaika's sister Amrita and her husband Shakeel Ladak and their children Azaan and Rayaan also dropped in. 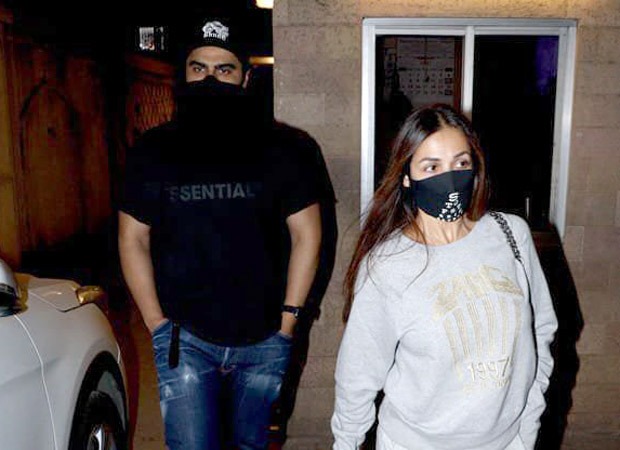 On Thursday evening, Malaika and Arjun were spotted leaving from the former's parents’ house in Bandra. Both the celebs were casually dressed. Arhaan Khan was spotted arriving in a separate car.

A day ago, Malaika took to Instagram to inform the passing of her maternal grandmother. Sharing a picture of her grandmother, Malaika wrote, "My amamas .... our lifeline ...RIP jessy Amamma”

Meanwhile, Arjun Kapoor and Malaika have been dating for quite some time now. While the couple has not spoken about it publicly their social media PDA is a total give away. The couple is often spotted going on vacations together. Recently, Malaika had stayed in Dharamshala for a few days where Arjun was shooting for Bhoot Police. Later, the duo brought in the New Year in Goa.

ALSO READ: “Gunday is a film that allowed us to be best friends,” says Arjun Kapoor decoding his bromance with Ranveer Singh