Last Updated 18.08.2022 | 10:11 PM IST
feedback language
follow us on
Bollywood Hungama » News » Bollywood Features News » Arjun Bijlani confirms he is a part of a Karan Johar film; shares about it on Instagram

Naagin actor Arjun Bijlani recently announced a piece of news that got his fans and followers super excited about a forthcoming project. Arjun took to his Instagram handle to share a story about working with Karan Johar for a Dharma Productions film and it has gotten them super excited. However, the actor has maintained silence about what the film is all about. 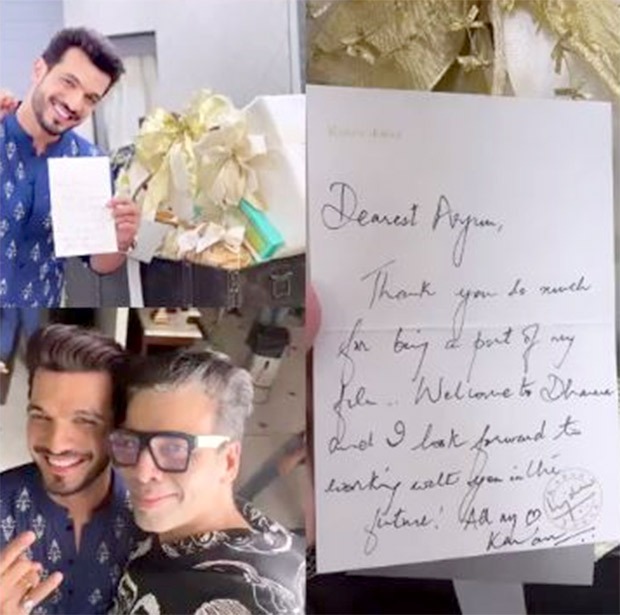 Arjun Bijlani confirms he is a part of a Karan Johar film; shares about it on Instagram

Arjun Bijlani shared a collage of his photo with Karan Johar, a gift, and a handwritten note he received from the filmmaker on his Instagram story. He also wrote a caption for the image saying, “Finally had the opportunity to shoot with the one & only @karanjohar sir. I sincerely appreciate your warmth, love, & guidance. Glad could be a part of such a magical film. Ganapati Bappa Morya.” On the other hand, speaking about the handwritten letter he received, it read, “Dearest Arjun, Thank you so much for being a part of my film. Welcome to Dharma and I look forward to working with you in the future. All my <3, Karan.” 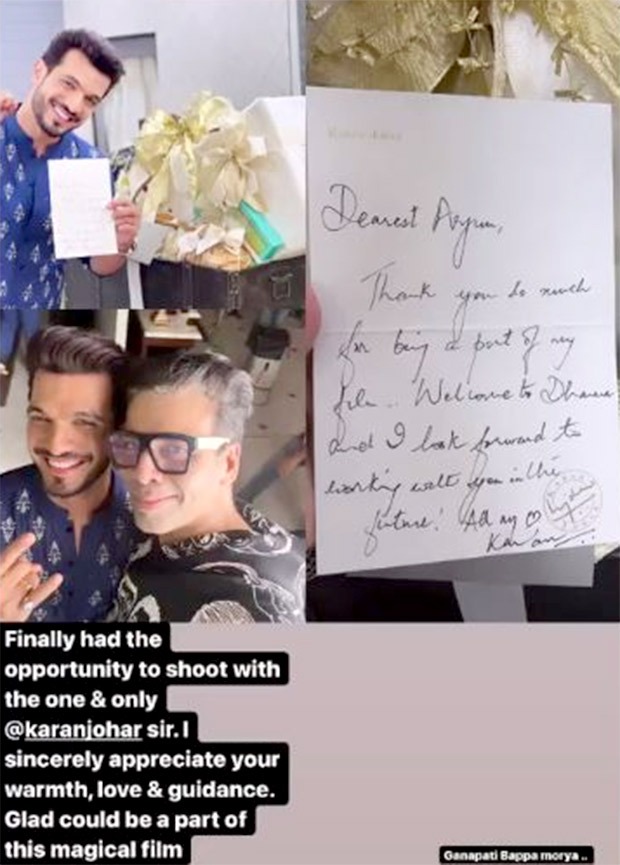 Speaking about Arjun Bijlani, the actor, who gained fame with serials like Left Right Left, Miley Jab Hum Tum and the recent ones like Naagin and Ishq Mein Marjawan, is currently also hosting Ravivaar With Star Parivaar. In fact, recently on the show, during the promotions of Shamshera, Ranbir Kapoor made an interesting revelation that he was classmates with Arjun Bijlani.

Followed by this post, and a post shared by Kundali Bhagya actress Shraddha Arya, many decided to add two and two together. As per these rumours across social media claim that Shraddha will be doing the film in question alongside the Naagin actor.