As Anushka Sharma is back to her work, she is no mood to work for extra hours. The actor has shared some funny Instagram stories where she and her team can be seen painting walls as they ensure that no one makes them work after pack up. 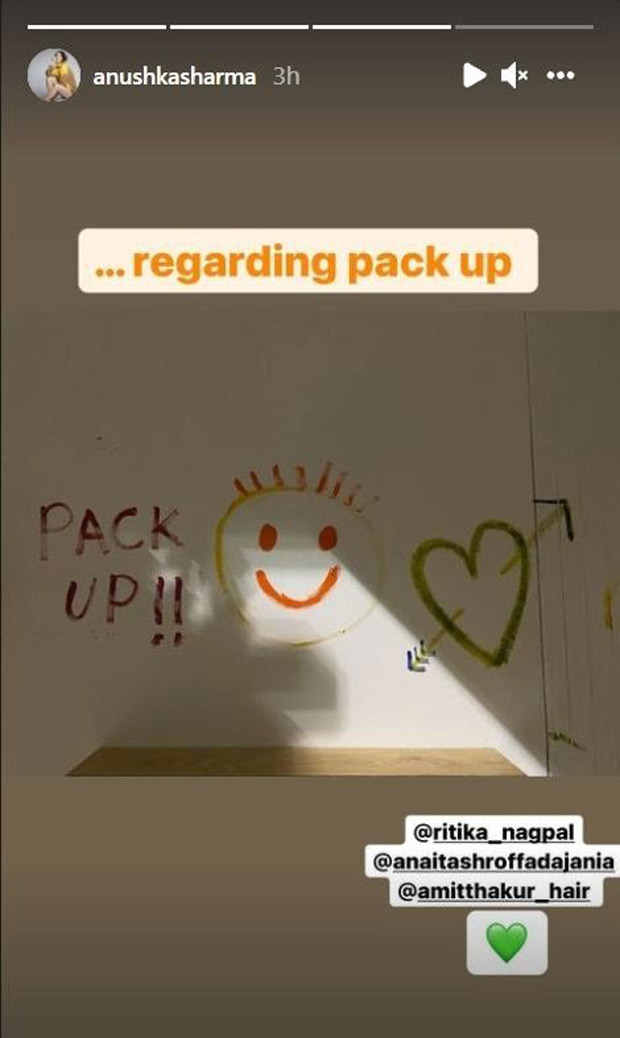 Anushka Sharma and team paints wall post wrap up, ensures ‘no one changes their mind’

Anushka shared three pictures from the sets in which she and three of her team members are seen drawing random stuff on the wall with ‘Pack up’ written besides it. She wrote in caption, "When you want to ensure that no one changes their mind regarding pack up. 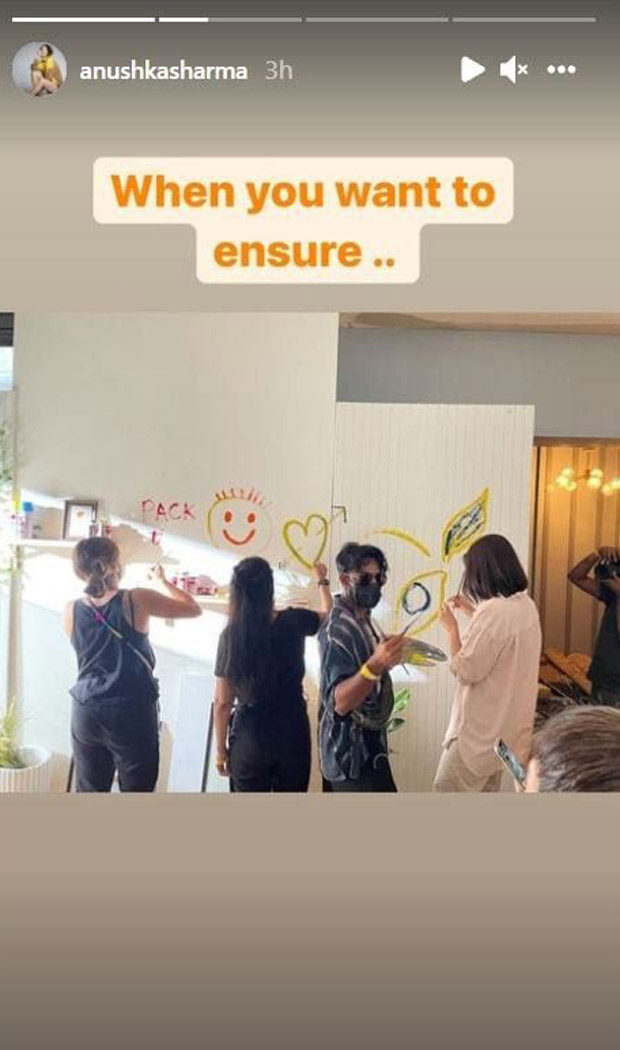 Anushka is busy with her different endorsements and work commitments while husband Virat Kohli is in Dubai for the Indian Premiere League. The couple were blessed with baby girl Vamika in January this year. 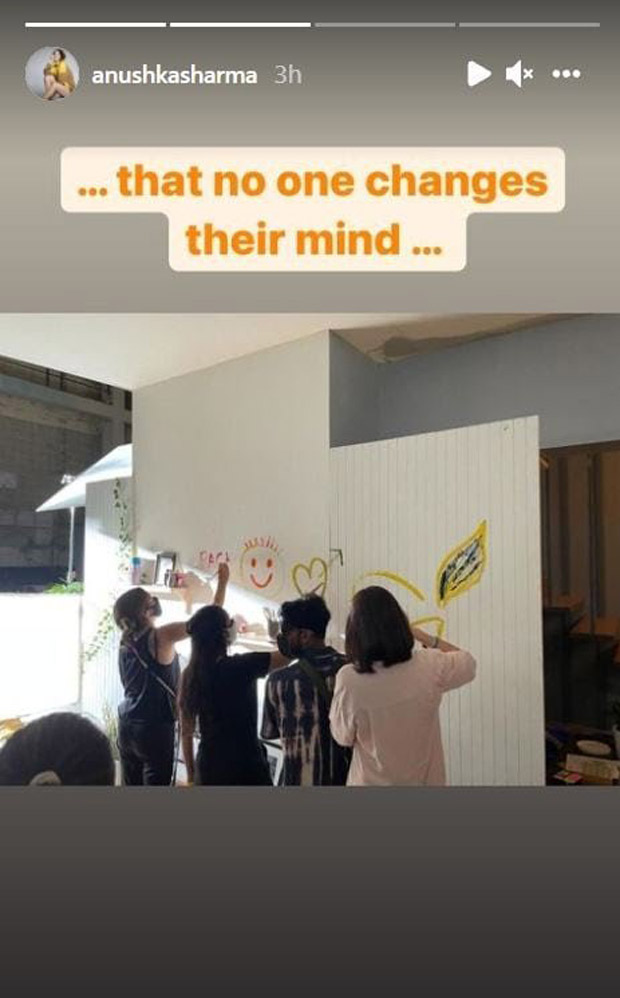 Recently, Anushka shared a similar post while expressing her excitement to wrap up the shoot. She had shared a behind-the-scenes clip from the shoot where she played peek-a-boo with the camera. “Did anyone say pack up?” she wrote in the caption.

Also Read: Anushka Sharma suggests a book for meat-eaters, asks not to debate with her about her vegetarian lifestyle