Anushka Sharma has had a busy 2018 with three releases - Pari, Sui Dhaaga - Made In India and Zero. The actress has taken a much-needed break to spend quality time with hubby Virat Kohli in Sydney. She recently joined Virat for Christmas and New Year who has been playing in the ongoing Test series in Sydney. 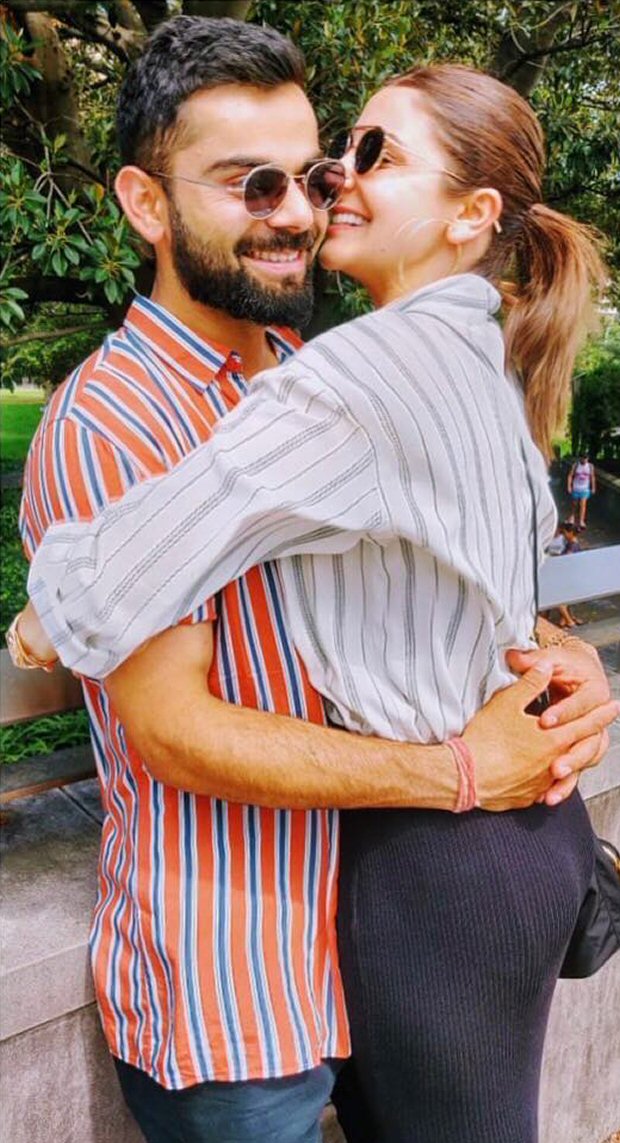 As the fans refer them as a power couple, the much-in-love pair is enjoying time in Australia. Virat and Anushka aka Virushka can been seen smiling and cuddling in the new picture shared by the actress. “You make me such a happy girl,” Anushka captioned the picture. She is dressed in a white striped shirt with black skirt whereas Virat looks handsome in an orange striped shirt and blue denims.