Anushka Sen is one of the popular young content creators that we have in the world of digital entertainment. While Anushka has also successfully acted in several music videos and TV shows, she continues to curate content on social media through videos. Anushka Sen was amongst the many celebrities who attended the Rahul Vaidya and Disha Parmar’s wedding gala. 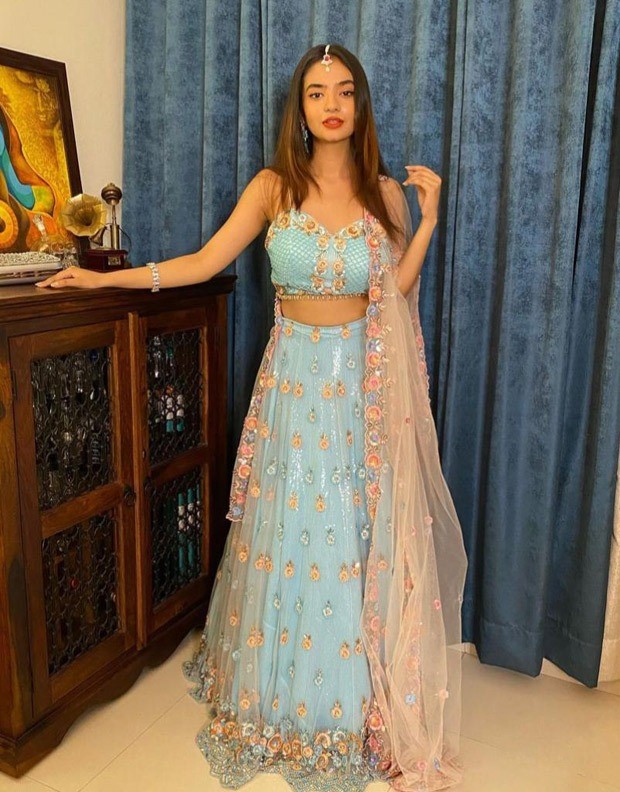 Anushka was seen wearing a gorgeous ice blue lehenga with floral details. She wore a sweetheart neckline blouse with a slight plunge with sequins and colourful floral embellishments. The lehenga had sequin lining with the same floral details with heavy border and a netted dupatta. Her makeup was soft and shimmery with streaked highlighter and poker straight hair shy of her Lower back with a bold red lip. She added the perfect Desi touch with a maang tikka. 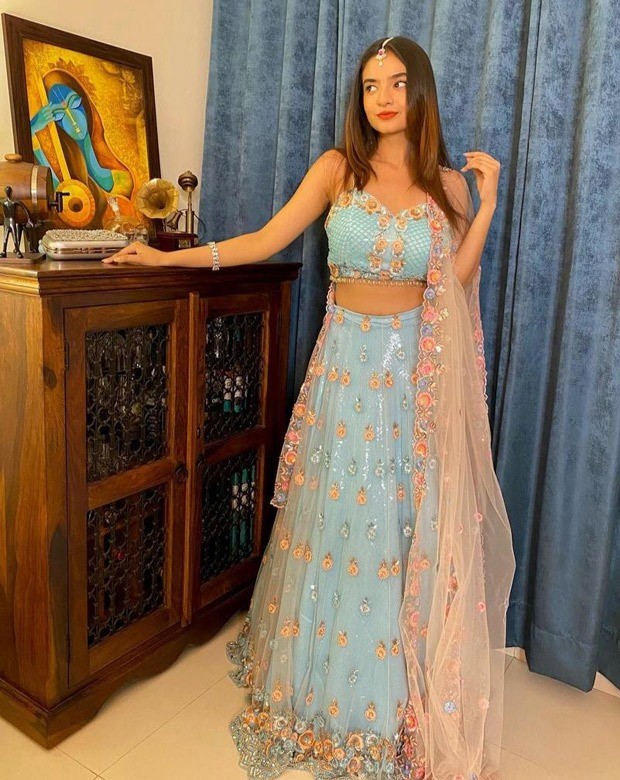 Anushka Sen, who hails from Ranchi, shifted to Mumbai to pursue her dream career of acting in the Hindi entertainment industry. Consequently, she started off as a child artiste in her debutant small-screen show - Zee TV's Yahaan Main Ghar Ghar Kheli (2009). However, she rose to fame post portraying the role of a young Goddess Parvati in the popular Indian mythological show - Devon Ke Dev...Mahadev in 2011. The next year, she joined the fiction show Baalveer for essaying the role of Meher. In 2015, she made her Bollywood debut by starring in the Hindi film Crazy Cukkad Family. 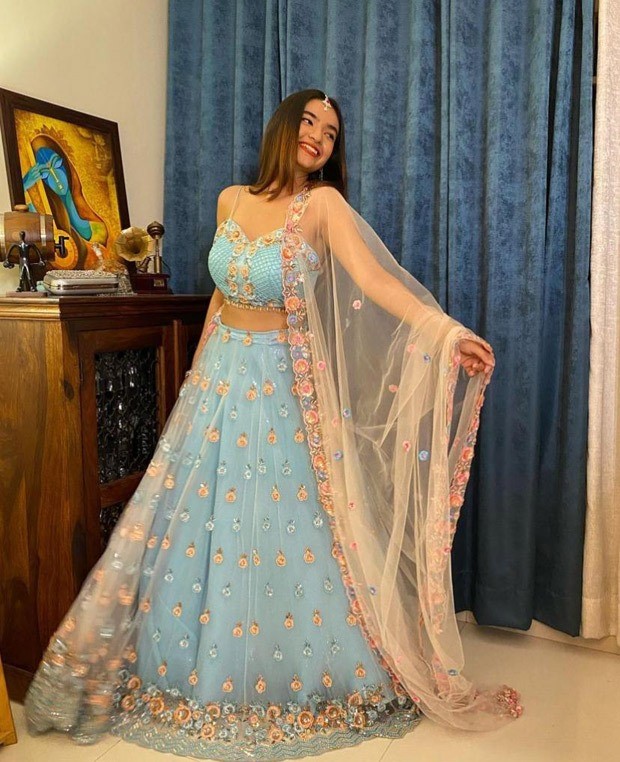 Meanwhile, Anushka Sen will be the youngest contestant to participate in Khatron Ke Khiladi 11. The show airs on July 17. 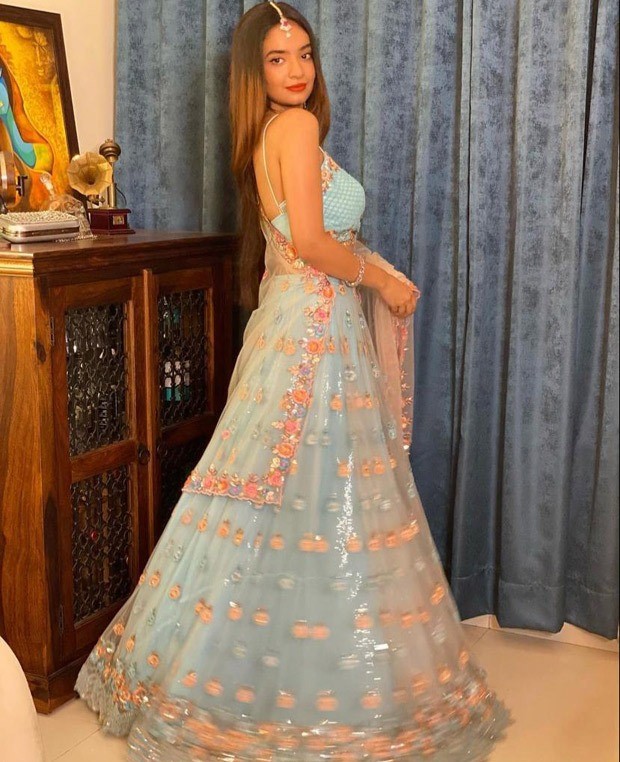 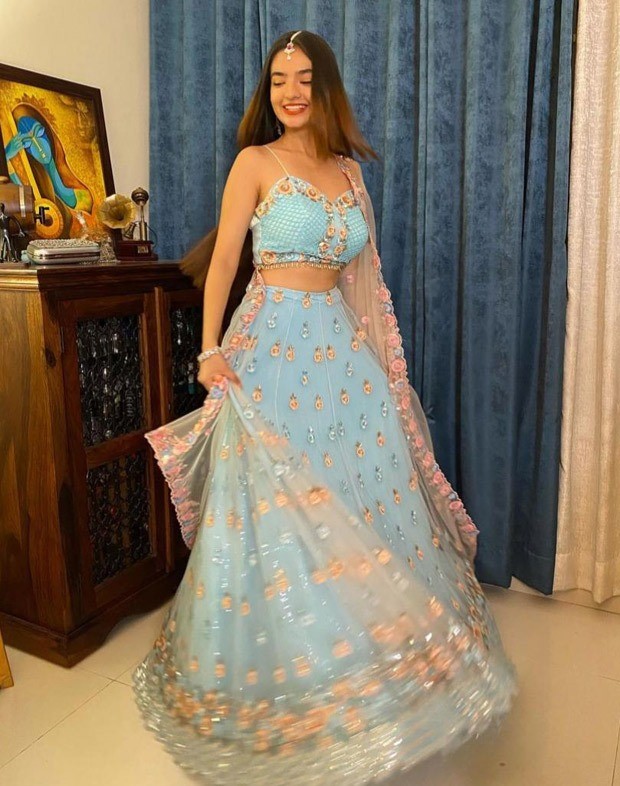