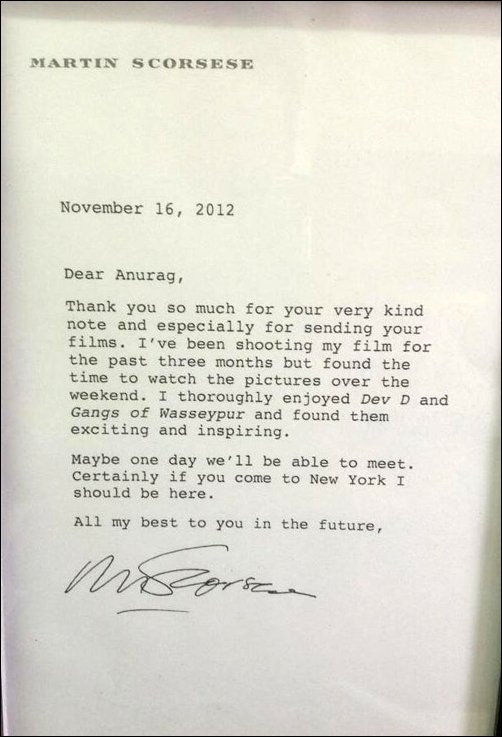 Anurag Kashyap has always claimed to be a big fan of Hollywood director Martin Scorsese, stating that the latter's film Taxi Driver is what inspired him to become a script writer. In fact Anurag had even said that his Gangs of Wasseypur was to an extent influenced by Scorsese's Goodfellas.

Now post his film Gangs of Wasseypur being selected for the prestigious Director's Fortnight at the 65th Cannes Film Festival, Anurag recently received a letter from Scorsese himself. In the letter, Scorsese says, "I thoroughly enjoyed Dev D and Gangs Of Wasseypur and found them exciting and inspiring." If that wasn't enough, Scorsese also expressed his desire to meet Kashyap. Tweeting his delight Anurag posted, "My biggest award yet".