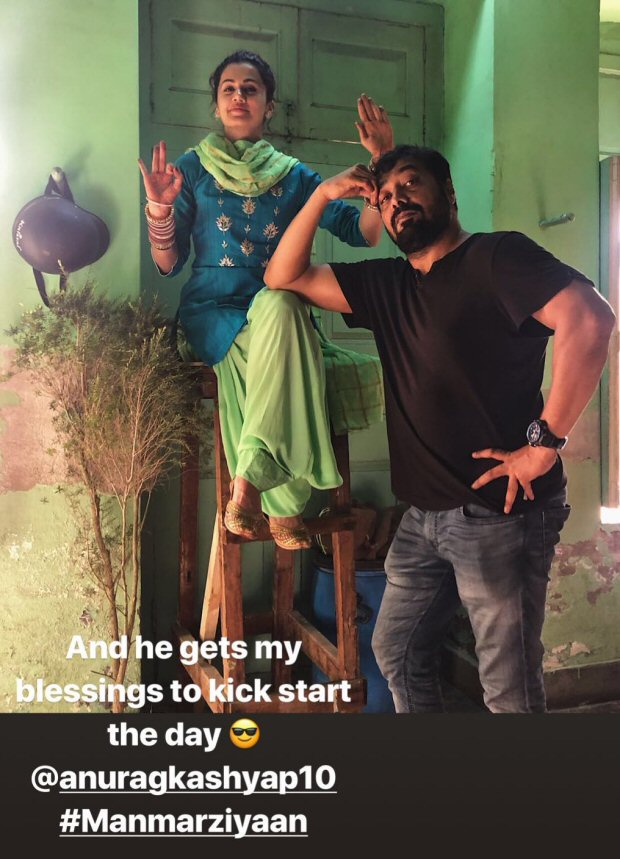 Taapsee Pannu has now given a glimpse of her look. While sharing some moments with director Anurag Kashyap, she gave a glimpse of her simple girl-next-door look. She was seen in a green salwar suit while enjoying a conversation with Anurag. Goofing around on the sets, she captioned one of the pictures as, "And he gets my blessings to kickstart the day." 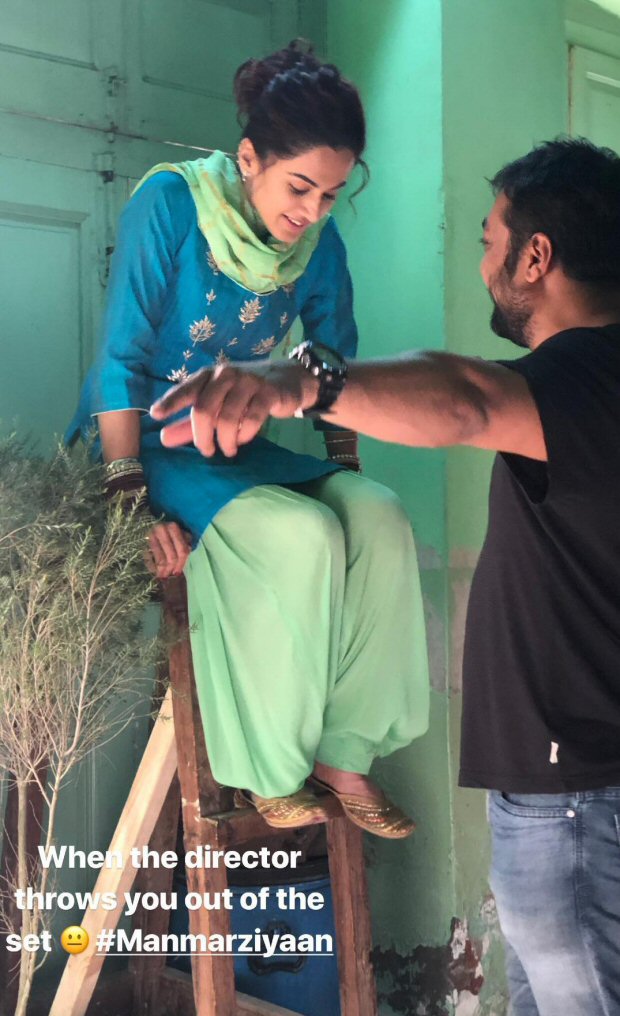 In another picture, the director is asking Taapsee to leave the sets. According to her photograph, Taapsee captioned it, “When the director throws you out of the set.” Another on set picture was shared wherein Anurag is sitting on Taapsee’s lap while she is posing for the camera. 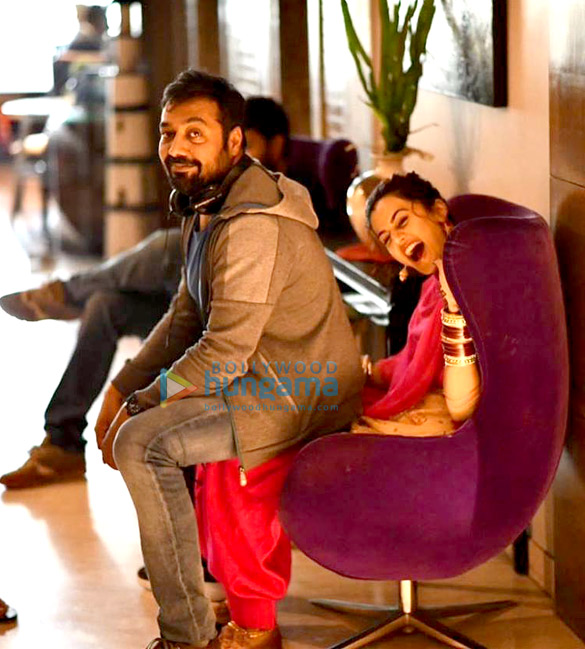 Meanwhile, Taapsee Pannu will be seen in two films this year- Mulk and Soorma. Vicky Kaushal will be starring in Sanjay Dutt biopic alongside Ranbir Kapoor. He is also starring in Meghna Gulzar’s Raazi with Alia Bhatt which is slated to release on May 11, 2018.