In his prolific film career spanning over three decades, Anupam Kher has portrayed several interesting and memorable roles in successful films, including Bollywood and Hollywood. Not only that, the actor has made some really good friends in Hollywood. He always makes sure to support them. 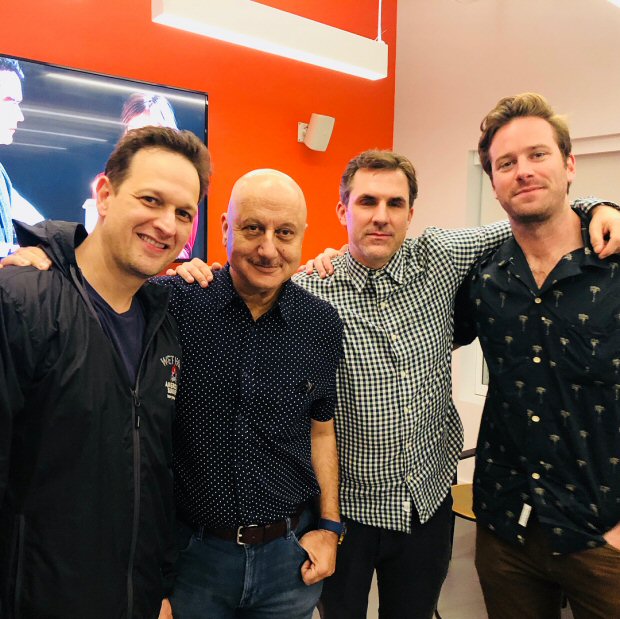 Just recently, Anupam Kher watched a play Straight White Men and met the star cast Armie Hammer, Josh Charles, Paul Schneider and Stephan Payne in New York. He shared a couple of pictures from backstage and wrote, "What an incredibly brilliant play #StraightWhiteMen is !! Right from writing to direction to production, every department is class apart. Loved it. #PaulSchnieder #JoshCharles #StephanPayne and my friend & #HotelMumbai co actor @armiehammer give acting a new respectability."

Anupam's Hotel Mumbai co-star Armie Hammer, too, shared a picture and thanked him for coming out and supporting the play. He wrote, "Anupam Kher in the house, ladies and gentlemen! Post show photo opp with the only actor I know that’s worked on 500+ movie... thank you!"

Paul Schneider thanked Anupam for treating them with the best meal ever. "Thank you @anupampkher for insane generosity and one of the best meals of my life!" he wrote alongside a group photograph. 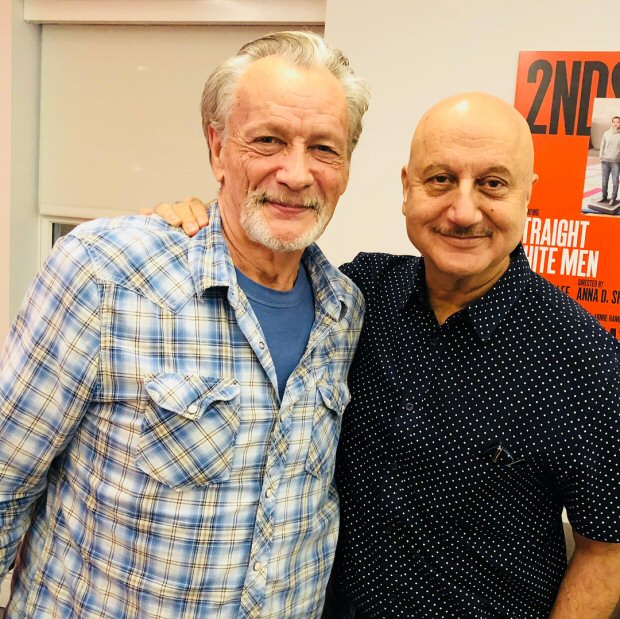 On the work front, Anupam Kher is in New York to shoot for NBC's new medical drama, New Amsterdam. The talented actor will be seen portraying yet another challenging role of Neurologist Dr. Vijay Kapoor in the series. Dr. Eric Manheimer, author of the memoir ‘Twelve Patients: Life and Death at Bellevue Hospital’ has produced this NBC’s next since it is also inspired by the book. The character-driven medical drama is about a director at the Bellevue hospital, who shakes the status quo of the hospital with his approach.