Superstar Anil Kapoor’s daughter, Rhea Kapoor got married to her boyfriend of 10 years Karan Boolani in a hush-hush wedding with only close family and friends on August 14, at Anil Kapoor’s bungalow in Juhu. Today the happy bride Rhea Kapoor made her marriage official and shared pictures of their wedding. 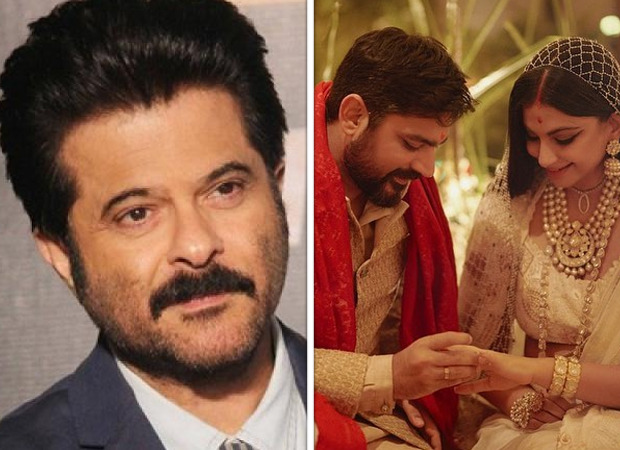 Anil Kapoor pens an emotional post following Rhea Kapoor’s marriage; says, “Our hearts are full and our family is blessed”

The emotional and happy father Anil Kapoor poured his heart out and wrote, "And with that, I feel like my Magnum Opus is complete...with our 2 super-daughters and 3 super-sons, we have the biggest blockbuster ever! Our hearts are full and our family is blessed". The Mr. India star expressed that he got additional two more sons in his life and tagged his entire family members in his post. Fans and colleagues from the film industry were also happy and congratulated Anil Kapoor and blessed the newlyweds.