Actor Anil Kapoor is making the most of this self-quarantine situation. He has been spending time working out at home amongst other things. Recently, he took to social media to share a couple of throwback pictures. 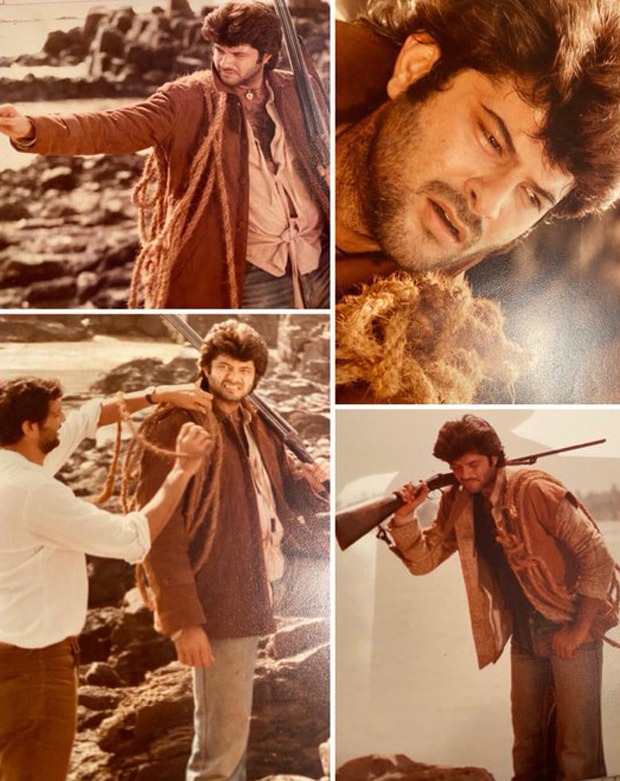 The actor dug out old memories from his first-ever photoshoot with veteran filmmaker Shekhar Kapur for his 1989 film Joshilaay. The film was directed by Shekhar Kapur and later taken over by Sibte Hasan Rizvi. In his post, he also said that he was "trying to channel his inner" Clint Eastwood. He wrote, "The new kid on the block trying to channel his inner Clint Eastwood and failing! Throwback to my first ever photoshoot with Shekhar Kapur for Joshilaay."

The new kid on the block trying to channel his inner Clint Eastwood and failing! Throwback to my first ever photoshoot with @shekharkapur for #Joshilay pic.twitter.com/HuO2y2rbJo

Meanwhile, on the work front, Anil Kapoor will be starring as Shah Jahan in Karan Johar’s Takht, as Abhinav Bindra’s father in the upcoming biopic and a Netflix movie AK vs AK starring alongside Anurag Kashyap.

ALSO READ: For Anil Kapoor there is no escaping from workout even under quarantine. Here's why