Sony Entertainment Television's The Kapil Sharma Show will be welcoming the team of Anek, Ayushmann Khurrana, Andrea Kevichusa and director Anubhav Sinha. In conversation with the host, Kapil Sharma, the trio will be talking about their life, and the film among other things. During one such conversation with the host, Ayushmann Khurrana let the cat out of the bag on why he stopped composing songs. 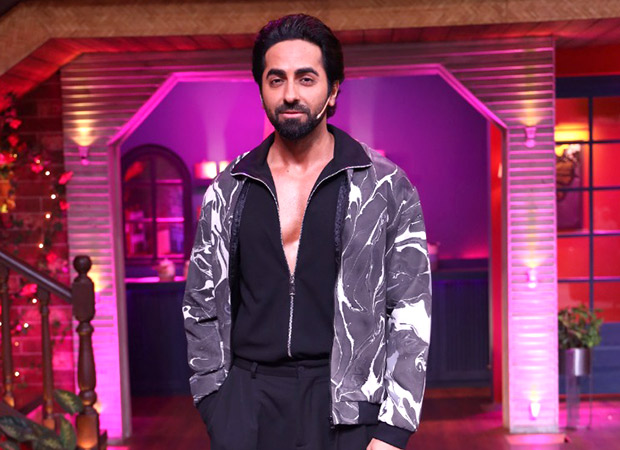 The actor, who is also a brilliant singer too, serenaded the audience with his voice by singing 'Naina Da Kya Kasoor'. And then late, at the special request of Kapil Sharma, he also sang the Kishore Kumar song 'Humein Tumse Pyaar Kitna' as well as his chartbuster song 'Paani Da' from his debut, Vicky Donor. Answering Kapil's question on why he does not compose songs anymore, Ayushmann said, "All my songs were composed during my college years, whether it was 'Paani Da Rang' or 'Saddi Galli' or 'Mitti Di Khushboo', which I composed with my friend Rochak. These songs were all written when I was in college and are released now. Now I don't have the time to do so. I was doing theatre in college, and it was a wholesome exercise. We used to write our lines, our own stories for theatre." Archana Puran Singh then chimed in adding, "your creative juices were flowing."

The Anek team had a lot of fun on the sets of The Kapil Sharma Show. The host Kapil Sharma made yet another interesting observation about Ayushmann Khurrana. The comedian went on to ask, “In the last movie you were a cop and now an undercover agent. Do you come to Anubhav (Sinha) Sir to get detox after shooting an overdose of romantic films?” Needless to say, the audience and the actor burst out laughing. Have a look at the video:

Speaking of Anek, the film traces the socio-economic and political conditions of the North Eastern region in India. It is slated to hit the big screens on May 27, 2022. On the other hand, this episode of The Kapil Sharma Show is expected to air during the weekend.