Ananya Panday is currently gearing up for her debut film, Student of the Year 2 alongside Tiger Shroff and Tara Sutaria. The young starlet is making all the heads turn as she promotes her film but acing the style game better than her co-star Tara on the cover of Hello magazine has surely put the debutante in all the limelight. The May issue reads, "Ananya Panday, Tara Sutaria set for stardom. Young, bold & living in the now” where Ananya is surely setting the temperature soaring high with her edgy and bold dream-catcher look. 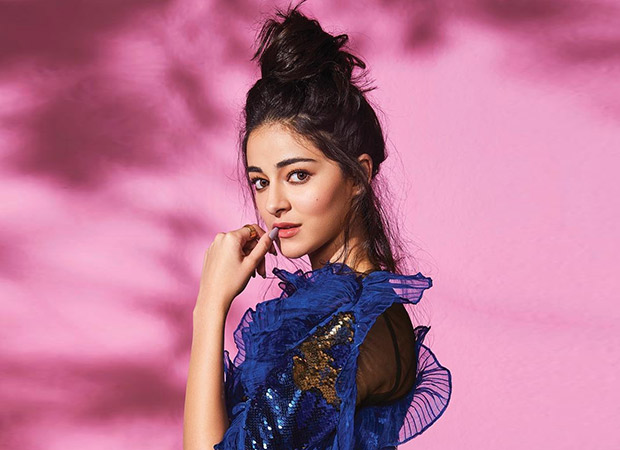 Dressed in shades of blue and pink, the debutante is seen giving out quirky yet bohemian vibes. While Tara flaunted a blue glittery top and a blue skirt featuring frills and white motifs, Ananya has surely ruled the cover with a blue short dress with pink and white tie-dye gumboots- setting her straight as the new diva in town that is already catching all the eyes with her style and magnetic vibe.

A LOVE TRIANGLE #Ananya (@ananyapanday) looks playful in a fringed top from @amitgt_officialpage and a pleated skirt by @pankajandnidhi along with a waist bag from @papadontpreachbyshubhika and @cl.india heels Photos: @taras84 Hair & Make-Up for Tara Sutaria: @mehakoberoi Hair for Ananya Panday: @amitthakur_hair Make-Up for Ananya Panday: @akgunmanisali Creative Director: @avantikkak Styling: @sonampoladia Assisted by: Radhika Gattani and Simran Bhargav Subscribe now by clicking on the link in the bio for more exclusive news on your favourite personalities #HELLOExclusive #MayIssue #GrabYourCopyToday #OnStandsNow

While the entry of the actress in the recently released trailer of Student Of The Year 2 is making all the cheers, Ananya ensured to make heads turn with her entry off-screen as well. The actor has been giving us some major fashion goals, one appearance at a time. The teen sensation hasn't even made her debut yet and is already amidst shooting her second film. Ananya Panday happens to be the youngest celebrity endorser of Lakme India. Owing to the humongous fanbase, the B-Town newbies are already creating a rage in the entertainment industry.

The actress is one of the most talked about celebrities on social media and has been creating a storm with her sightings even before her much anticipated Bollywood debut. Fans across the quarters are extremely excited to witness the actress on the big screen after she has nailed every bit of her cover shoot.  Ananya will make her acting debut with Student of the Year 2, which is slated to hit the screens on May 10, this year. The actress will also be seen opposite Kartik Aaryan in the remake of the film, Pati Patni Aur Woh.

Also Read: Ananya Panday confesses that she has a crush on Varun Dhawan and we can relate!