Last Updated 02.12.2021 | 9:37 AM IST
feedback language
follow us on
Bollywood Hungama » News » Bollywood Features News » Ananya Panday reveals that Suhana Khan would play main lead in plays while she stood in the background

Ananya Panday is currently busy promoting her upcoming film Pati Patni Aur Woh. During the promotions, the actress spoke about her best friends, Shah Rukh Khan's daughter Suhana Khan. Talking to a media house, Ananya said that Suhana and she were in the same school. Recounting their school days, Ananya said that in all the school plays Suhana would be the main lead and she would be in the background. Talking further about Suhana she said that she is not only a talented actress but also a great singer and dancer. 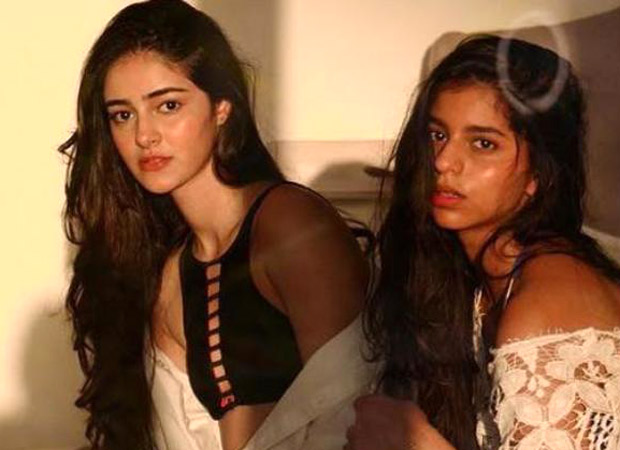 Meanwhile, Suhana who recently graduated from the Ardingly College in Sussex, England is currently studying at the New York University. She recently worked in a short film, The Grey Part of Blue.

Meanwhile, Ananya Panday made her Bollywood debut earlier this year with the film Student of the Year. She was cast alongside Tiger Shroff and Tara Sutaria. She has already bagged her third project, Khali Peeli, opposite Ishaan Khatter. She will now be seen romancing Kartik Aaryan in Pati Patni Aur Woh which also stars Bhumi Pednekar. It is set to hit theatres on December 6.

Also Read: Ananya Panday was always a poser, we have proof!