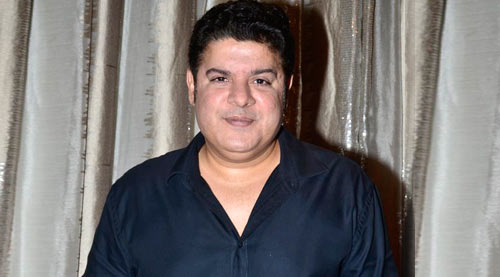 I am one of those who, partly because of your whacky promo and mainly because I am a mainstream movie buff, watched Humshakals (that I was to review it as well hardly matters) with great hope.

I was distressed at what I saw unfolding on screen. I know that you too are a crazy film buff - mainly of the best of entertainers from Hindi and global cinema - and I was appalled that a man who made the hilarious Housefull 2 could have made this one. Especially after you, in an interview two months prior to release, had clearly said that you had learnt the right lessons from Himmatwala!

A word about Himmatwala here: The original Himmatwala was hardly a memorable film, but yes, it was unfortunately a trendsetter and so happens to be one of your favourite movies too. Fine.

Today, remakes are all over us (the audience barely has a choice in these matters) and come in all shapes and sizes. Fine again.

But when you remake a hit film of its time you should know what to keep - and what to change. David Dhawan (Coolie No.1 in 1995) and Rohit Shetty (Bol Bachchan in 2012) both reworked Hrishikesh Mukherjee's 1979 Gol Maal, but none of these films were even vaguely similar to each other, and were both innovatively done and treated like completely fresh movies. Both Dhawan and Shetty were in sync with their respective audiences.

And why did you not have the sagacity to make these right decisions? I will try telling you! You stated that you had learnt the right lessons from Himmatwala, personally more than professionally. You said that you had learnt that arrogance does not pay and that you were humbled and deserved one flop. You did not want to make big talks now, or claim big things. You preferred this time, you said, to let your work speak.


And Humshakals spoke clearly - but it warbled all the wrong things!

Frankly though, I optimistically hoped for the very best. I enjoyed your first three films Heyy Babyy, Housefull and Housefull 2, and so for me you had a welcome ascending graph as a filmmaker that not many have in our industry. And I ignored a nagging voice in a corner of my mind that something was wrong somewhere, that all the enthusiasm of your cast did not remove. Neither did the catchy music, to which I am still unclear why you were a bit indifferent.

I missed the press screening, but got terrible feedbacks, and yet a slender hope persisted as we know how most critics write from ivory towers. But this only gave way to a settled gloom 20 minutes into the film when I watched it!
I can narrate at least ten experiences of this Ram-baan recipe for disaster that I have personally seen. You wanted to prove a point, and make a hit rather than a good film that became a hit on merit.

But your travails did not begin and end with the fate of your film (which I dare say, like Himmatwala, could become profitable in the long run through demand on satellite and cable). Trade analysts concur on the fact that while many flops can be excused from a film personality, antagonizing key people can isolate even great talents.

This is an industry that still thrives on bonhomie, mutual respect and harmonious relationships. So when a grounded actress like Bipasha Basu disowned your film and when your hero Saif Ali Khan, on record, expressed regrets for doing your movie, it was like an echo of the time when, just recently, Ajay Devgn stated that he has never watched Himmatwala, again on record, because he sensed that something was wrong with it! And we wonder why a maker of magnum opus star-studded entertainers should come to this situation when stars came out in the open against you.

So will the real Sajid Khan rise and start afresh after whatever damage-control is needed? We want you to remove the cobwebs of complacency and look at your future work and the industry like a true captain of the ship.

Put simply, we want you to again make the entertaining star-studded comedies that have always been your forte. We want the ivory-tower critics to be proved wrong again and again while the audiences make your film a box-office winner each time - on merit. It's overdue.