After Amitabh Bachchan was discharged from the hospital after testing negative for Coronavirus, his fans were celebrating on social media. The Indian milk brand, Amul also welcomed him through their latest ad campaign. Amitabh Bachchan thanked Amul for continuously thinking about him. The superstar also hit back at a troll who suggested that he was paid for the advertisement. 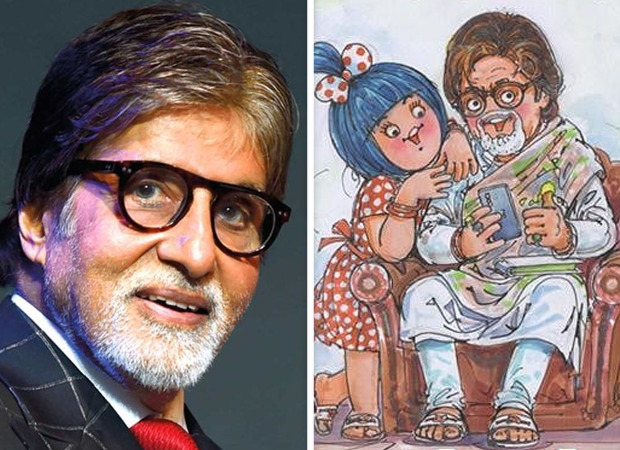 “Thank you Amul for continuously thinking of me in your unique poster campaigns ... varshon se Amul ne sammanit kiya hai mujhe ek sadharan shakshiyat ko amulya banaa diya mujhe,” Bachchan wrote sharing the post by Amul. The picture sees the Amul girl clinging to Amitabh Bachchan dressed in his trademark churidar kurta and shawl. He has a mobile in his hand and flashing a thumbs up sign. The caption reads, “AB beats C”.

However, a social media user thought that it was a paid advertisement and did not mind putting down his thoughts in the comment section. Amitabh Bachchan who bares his heart out in his blog shared the screengrabs of his conversation with the social media troll and wrote, “and the ‘graciousness’ of the comment went as follows ...”.

“Kam se kam muft mein toh amulya nahin banen honge... tay rakam li hogi. Saal dar saal badhi hogi (In the process of making you invaluable, they must have given you a fair amount of money, which must have grown with each passing year),” the social media user wrote.

Responding to him, Bachchan wrote in Hindi, “Bahut badi galat faimi mein chal rahen hain aap, miyan. Jab sach na maloom ho toh aapne swachh mukh ko swachh rakhiye. Na toh main Amul ko endorse karta hoon aur na kabhi kiya hain. Teer chalaane se pehle soch samajh lena chahiye, nahin toh woh aap pe hi aakar geerenge, jaise ki abb hua hai. Teer ki jagah jo mahawraa iss vishaye par woh kisi aur padaarth ka varnan karta hai. Meri sabhya parvarish ne mujhe uss ka varnan karne se rokk diya (You have been living with an impression that is entirely wrong. It is always healthy to think before you speak and keep one’s thoughts clean. I do not endorse Amul and have never have done so in the past. Before you shoot an arrow, watch out that it might just land on you, like it has in this case. In fact, in place of an arrow, there is an idiom that comes to my mind which describes another thing, which, my civilised upbringing prevents me from using.)”

ALSO READ: Amitabh Bachchan schools a user who says she lost respect for him, says his respect is not going to be judged by her