Kaun Banega Crorepati 14 host Amitabh Bachchan will see the be seen in the role of a 60 plus ambitious trekker in his forthcoming film Uunchai. The film showcases the friendship between four senior citizens, and the demise of one of them acts as a trigger for the remaining three friends to take up the impossible mission of climbing the Mount Everest despite being 60-plus. While Parineeti Chopra plays their trainer, Sarika plays ex of Danny Denzongpa, Neena Gupta plays the wife of Boman Irani, and the film also stars Anupam Kher. 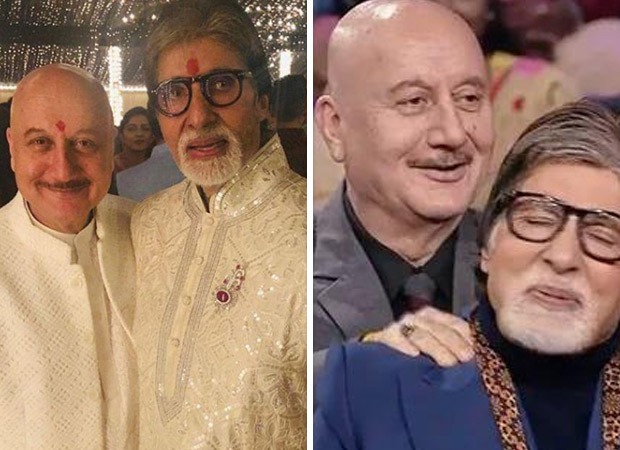 Amitabh Bachchan enjoys a massage from Uunchai co-star Anupam Kher on the sets of KBC 14; watch

Kaun Banega Crorepati 14 will feature Uunchai special episode where the actors from the film will be a part of the game show. In a recently released promo we can see Amitabh Bachchan sharing the hot seat with friends Boman Irani and Anupam Kher whereas Neena Gupta has occupied the host seat. The promo also showcased some fun moments from the episode like the cast recreating their iconic pose from the poster or Anupam giving a shoulder massage to Amitabh. To this, Sr. B exclaims, ‘Hayye Anupam’ leaving everyone around in splits. On the other hand, the promo ends with all of them sharing an emotional note.

Kaun Banega Crorepati 14 airs on Sony Entertainment Network. The show is a remake of the American quiz reality show ‘Who Wants To Be A Millionaire’ and the format includes answering a series of questions that gives you more money with each passing level. The show along with Amitabh Bachchan as the host has remained to be one of the most popular shows in India and is currently in its 14th season.

Uunchai is written by Sunil Gandhi and is directed by Sooraj Barjatya. Speaking about the film, veteran filmmaker Sooraj had said exclusively to Bollywood Hungama, “Uunchai is different, but is a family film at its core. As a director, I graduated with this film. It indeed has sympathy, emotions and family viewing.” The film is slated to release on November 11.