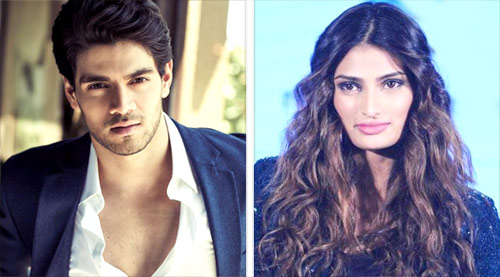 This Friday will see the launch of two new eagerly-awaited faces. Sooraj Pancholi and Athiya Shetty are star-kids. Their parents Aditya Pancholi-Zarina Wahab and Suniel Shetty have been films actors for more than 3 decades.


Interestingly though their parents are well-established actors with long illustrious careers they were never major stars. Just like superstar Hrithik Roshan whose father Rakesh Roshan was a popular leading actor but never a top star.


On the other hand, Jeetendra and Dharmendra were top stars in their heydays. But their progenies were denuded of their father's durable stardom and longevous careers. Jeetendra's son Tusshar is a fringe player. Dharmendra's Sunny Deol was a superstar but is now facing hard days while Bobby Deol quickly faded into a has-been after a brief tryst with stardom.


"It's the natural law of nature. If a generation in a family spawns a phenomenal talent the next generation is likely to be mediocre. Not every Sachin Dev Burman or Kaifi Azmi spawns an R D Burman or Shabana Azmi. At least not in the field of acting where progenies of superstars are often failed actor, Raj Kapoor's Randhir and Rajiv Kapoor, like Rajendra Kumar's Kumar Gaurav, Dev Anand's Suniel Anand, Rajesh Khanna's Twinkle Khanna, Hema Malini's Esha Deol. The law also works in reverse. Rakesh Roshan and Randhir Kapoor were not big stars but their respective children Hrithik and Karisma-Kareena became superstars."


By this reckoning Sooraj and Athiya are all set for superstardom.


Says director Nikhil Advani, "I found Sooraj to be an ideal combination of a romantic and action hero. It was not difficult to get either Sooraj or Athiya to emote. They are natural-born performers. The minute the camera is on they are in character. I feel they are going to take the audience."


Trade pundit Taran Adarsh thinks Hero is bull's eye material. "I am very confident of Hero. A love story backed by hit music is a lethal combo. Hero has it all, and more. It is a remake of a smash hit. The lead pair is looking wonderful. The songs have gained popularity. Plus, the film is backed by Salman Khan and Subhash Ghai. Also, the pre-release promotion is fantastic. Besides, it's an open week as far as the release is concerned. All these factors should help Hero fetch a flying start at the box office and emerge a success story."


Another trade expert Atul Mohan is also very confident about the success of Hero. "The biggest advantage of Hero the driving force, none other than biggest star of our times Salman Khan. Not only is he producing the film but also supervising each and every department of its making and marketing. The debutants are kins of good and known actors. The original and smash hit Hero some 30 years back gave us stars in Jackie and Meenakshi. Eros is having great run at the box office this year with back to back blockbusters and for this one too they will give their best shot. In short the film will do very well at the box office."