Last Updated 16.08.2022 | 8:59 AM IST
feedback language
follow us on
Bollywood Hungama » News » Bollywood Features News » Alia Bhatt’s Gangubai gets a partner in Ranveer Singh as they groove to ‘Dholida’ from Gangubai Kathiawadi; watch

Sanjay Leela Bhansali directed Gangubai Kathiawadi's first track 'Dholida' became an instant hit. The director who is known to give the perfect Garba song in his films has delivered once again. The music video sees Alia Bhatt as Gangubai flaunt her Garba steps and match up to the energetic track. On Saturday, while Alia Bhatt was busy promoting the film in the city, her Gully Boy co-star Ranveer Singh showed up and danced along with her on the song 'Dholida'. 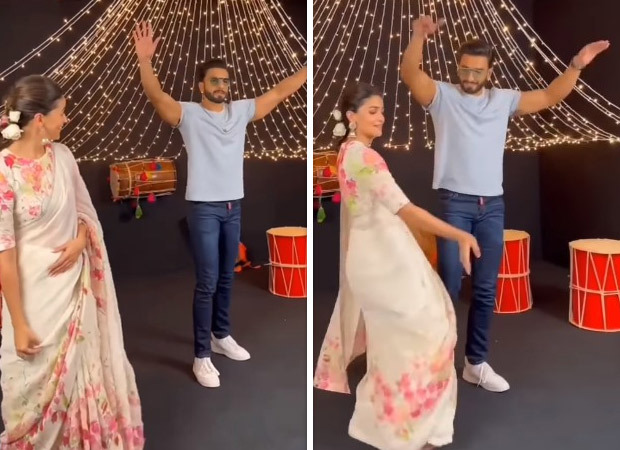 Alia Bhatt’s Gangubai gets a partner in Ranveer Singh as they groove to ‘Dholida’ from Gangubai Kathiawadi; watch

In the video, Alia can be seen wearing a white saree with flower embroideries. Ranveer was seen in a casual blue tee paired with jeans. Sharing the video on her Instagram stories, Alia wrote, "also look who graced us with his star presence," and added a moon and a star emoji.

Ranveer was at his energetic best in the video as he tried to do the hook step of the song along with Alia.

Alia and Ranveer who first shared screen together in the film Gully Boy will next be seen in the film Rocky Aur Rani Ki Prem Kahani directed by Karan Johar.

Meanwhile, Gangubai Kathiawadi will be released in theatres on February 25. The film marks Alia's first collaboration with Sanjay Leela Bhansali. The film also has a special appearance by Ajay Devgn.