Sadak 2, which is Alia Bhatt's first ever association with father Mahesh Bhatt, is in progress. We hear there are frequent brainstorming sessions going on as well. Bhatt, whose films always emphasise on making music an integral part of the storytelling, has been personally sitting with the composers and singers. We earlier saw pictures of Arijit Singh sitting with the team. Recently, Alia also sat with singer-composer Ankit Tiwari. 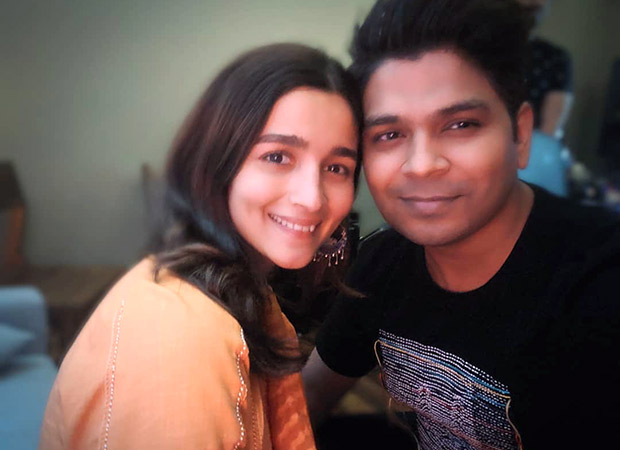 And it looks like the pretty woman has befriended Ankit's little daughter quite fast! On his Instagram, Ankit shared a photograph wherein Alia is all smiles as she poses with Aryaa, who is snuggled in her mother's arms. 'No caption needed...Aryaa and Alia ???????? Both are looking sweet hai na ??,' he wrote. We agree!

Just in case you didn't know, Alia is also turning a singer for Sadak 2. Earlier, she crooned a version of the popular track 'Samjhawan' from Humpty Sharma Ki Dulhania, and fans simply loved it! We believe Alia, along with Ankit, is presently working on the song she will be singing.