Ranbir Kapoor and Alia Bhatt, the power couple of Bollywood, married on April 14, 2022 in a dreamy ceremony at Ranbir's Bandra home. Close friends and family were in attendance for the ceremony, which was followed by a post-wedding reception. Today, May 14, the couple has been married for one month, and they couldn't be happier in each other's company. 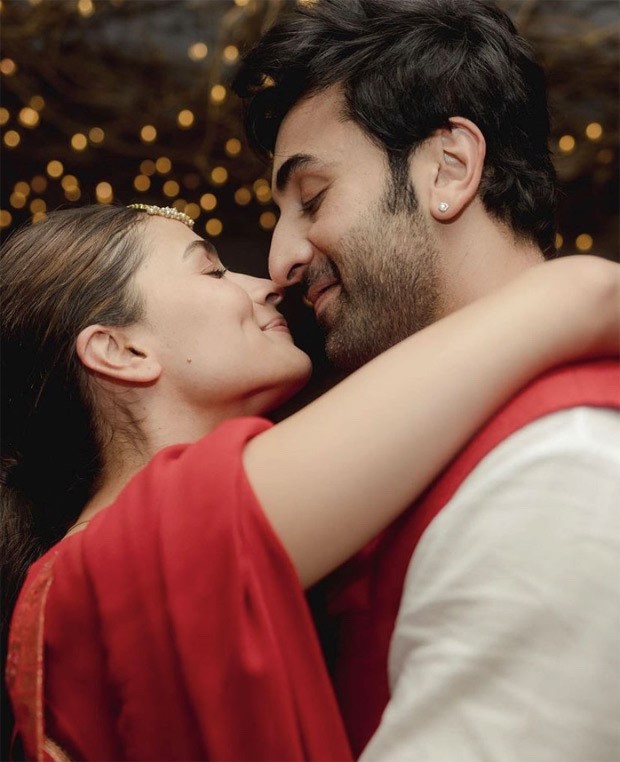 Gorgeous Alia celebrated their one-month anniversary in the cutest way possible on Instagram. She shared a photo of herself and Ranbir from their sangeet ceremony and reception. Alia and Ranbir are seen smiling and holding one other with their eyes closed in the first photo. The second and third photos were taken at their reception. The second photo, a black-and-white candid shot, shows Ranbir hugging Alia from behind as they giggled. Alia looks stunning in a silver shimmering Oscar de la renta’s dress. With its dazzling and reflective beauty, her dress had a deep scoop neckline and ruffled skirt that called for party. She sported a no-makeup look and let her dishevelled mane open in a side-parted hairdo, ditching all accessories to let her dazzling silver dress do all the talking. She completed the ensemble with black heels and the dark and exquisite mehendi on her hands from her pre-wedding ceremony. 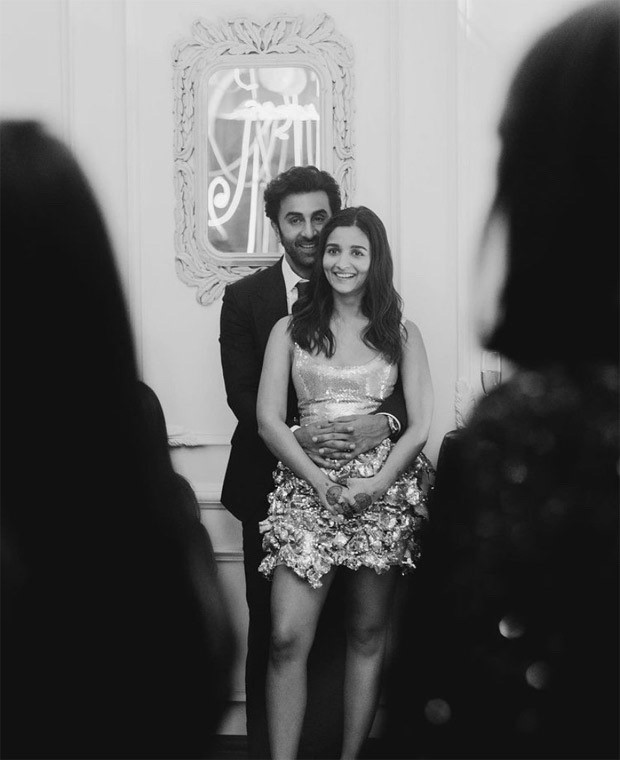 Ranbir Kapoor, on the other hand, is seen wearing a black blazer, matching pants, a white shirt, and a tie to complement his wife's glamorous cocktail appearance. In his top-notch suit, he looked dashing .The third was also a candid picture of them laughing, with Alia looking at her husband. 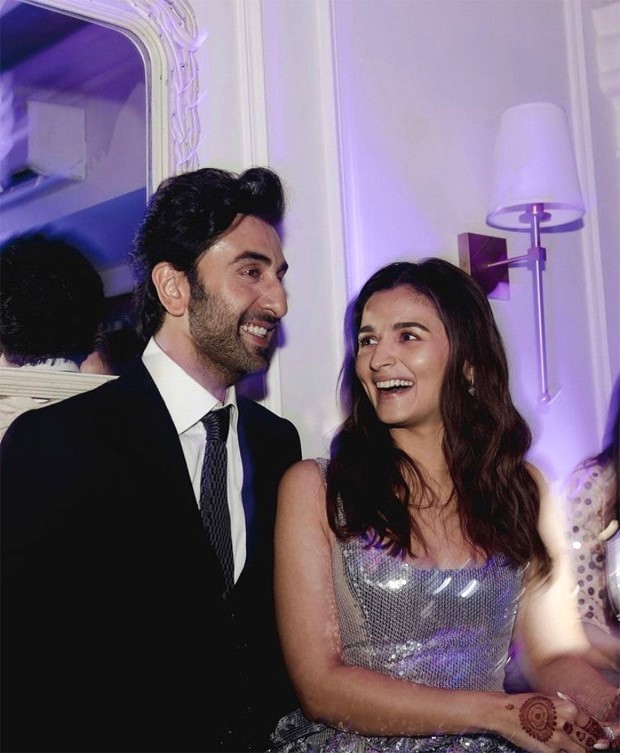 Alia captioned her post with emojis of a red balloon, a dancing girl, and a cake.

Meanwhile, on the work front, Alia Bhatt and Ranbir Kapoor will be next seen in Brahmastra releasing on September 9, 2022.