Radhika Madan starrer Sanaa directed by national award-winning director Sudhanshu Saria has been receiving praise and applause from several quarters. Adding to the adulation, recently Radhika and the film received thumbs up from Alia Bhatt and her sister Shaheen Bhatt’s joint venture Eternal Sunshine. In fact, the new mother and her sister took to their social media pages to shower praises on the film. 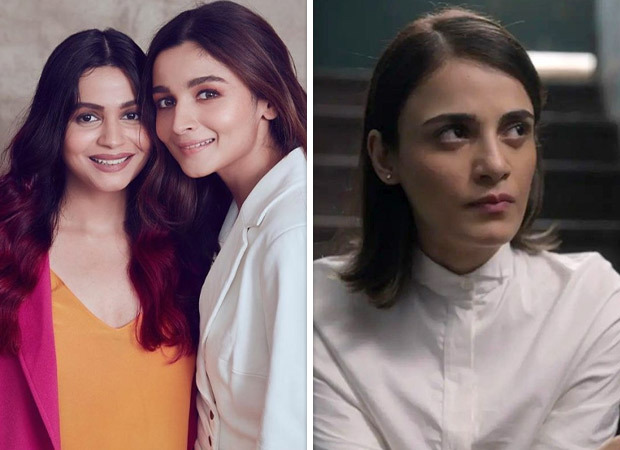 The Bhatt sisters' production house, Eternal Sunshine, took to their Instagram and penned down a heartwarming note for the film and shared it in the story. It read, “#Eternalsupports ‘Eternal Supports’ came about so we could play our small part in shining a light on films that need to be seen. Sanaa is one such film. Directed by national award-winning filmmaker Sudhanshu Saria, Sanaa is a sensitive, nuanced narrative about bodily autonomy and a woman’s right to choose. We love how Sanaa tackles such a vitally important but less talked about subject with grace and honesty. It also features an absolute electric performance by @radhikhamadan. Keep an eye out for this brilliant film!” 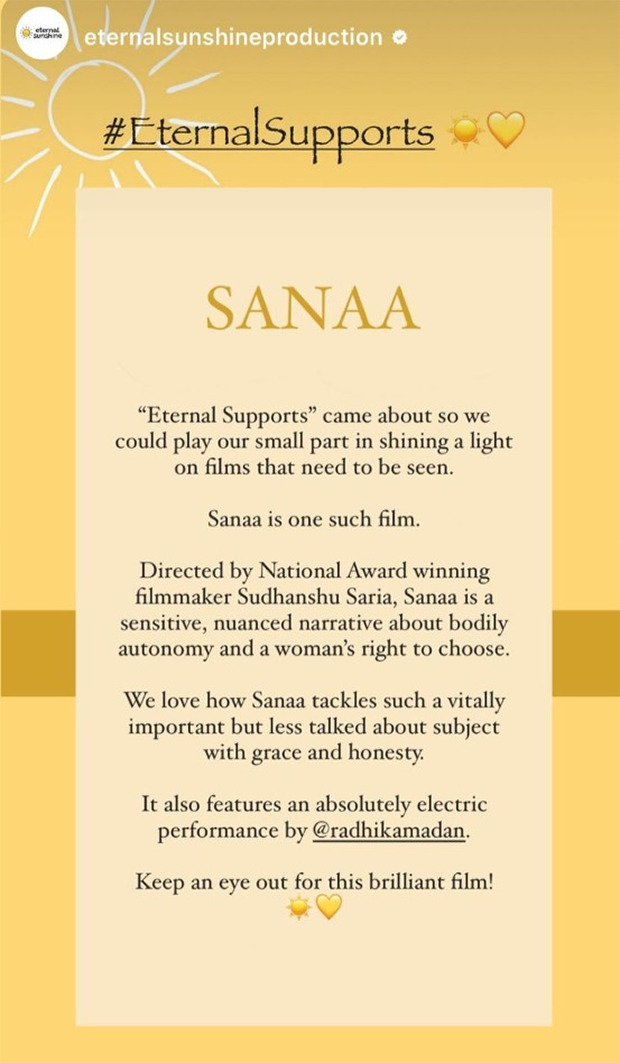 Thanking Alia Bhatt and Shaheen Bhatt, Radhika Madan re-shared the story on her account and wrote, “Thank you so much @aliaabhatt @shaheenb This means a lot!”

Radhika Madan’s Sanaa received huge appreciation and applause at the global level with its screening at the Tallinn Black Nights Film Festival. Also starring Sohum Shah, Pooja Bhatt, among others, the film is expected to be a relationship drama about a strong-headed ambitious girl.  The film will be hitting the theatres in India in the upcoming year, 2023.

Also Read: Radhika Madan opens up about the premiere of her film Sanaa at Tallinn Black Nights Film Festival; says, “I am speechless”