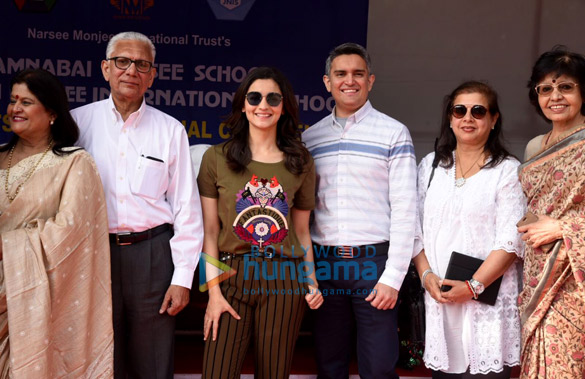 It is a known fact that Alia Bhatt was brought up at the plush locality of suburban Mumbai, Juhu and is a student of Jamnabhai Narsee Monjee school that is situated nearby. The actress was recently spotted attending the sports meet of her alma mater but that is not all. The actress decided to take some time out from her hectic schedule in order to encourage specially-abled students who were a part of the event.

Trustee Urvashi Thacker who revealed that she decided to start this Special Sports Meet for specially-abled students believes that this event symbolizes celebration of life. Reports have it that the students of Narsee Monjee volunteer to help these students, who are either visually or hearing impaired or they are physically or mentally challenged. A march past by schools who are participating, a Mallakhambh performance by the students of the Victoria Memorial for the Blind were some of the events that were a part of this special sports meet. Participants were given gifts whereas winners were awarded with medals. Both were given certificates for being a part of the event. 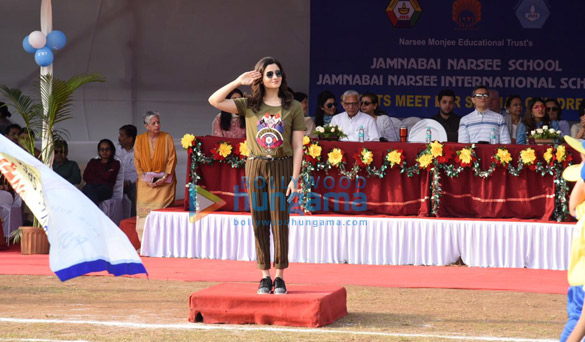 Alia Bhatt, who has been an alumnus of the school, not only rejoiced the events but also expressed her happiness over being invited as the chief guest for this Special Sports Meet.

Talking about her films, the actress, who was last seen in Badrinath Ki Dulhania, will next feature in Meghna Gulzar’s story of a spy Raazi, Gully Boy alongside Ranveer Singh and Brahmastra opposite Ranbir Kapoor and Amitabh Bachchan.