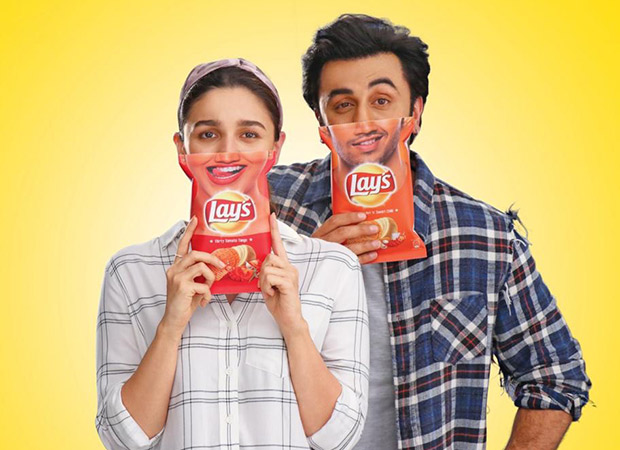 Alia Bhatt took to her social media handle to share a quirky picture from their upcoming TV commercial. In the picture their mouth is merged with the packet of chips they are promoting.

Sharing the image, Alia Bhatt wrote, "Smiling right back at you"

Recently, a behind the scene video from the shoot of the commercial had gone viral on social media. In the video, Ranbir and Alia can be seen exchanging a packet of chips as they sit together on a train.

Ranbir and Alia started seeing each other when they started work on Ayan Mukerji‘s film Brahmastra. The two made their first public appearance together in 2018 at Sonam Kapoor‘s wedding reception.

Meanwhile, Brahmastra which was earlier scheduled to release in December will now release in the summer of 2020.