Alia Bhatt shared a new video on her YouTube channel giving fans a glimpse of what a day in her life looks like. She mentioned that she gets a little ‘shy’ of such things because she does not want to flaunt how busy she is. 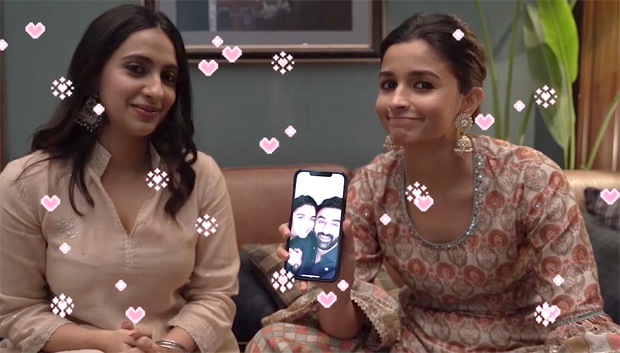 Alia Bhatt has a picture of her and Ranbir Kapoor as her phone wallpaper, answers marriage question in fun video

The video started with Alia driving to a studio to shoot for an advertisement for a mattress brand with her best friend Akansha Ranjan Kapoor. It was 7 in the morning and she revealed that she woke up at 5 am and worked out before leaving for the shoot.

Alia also expressed her excitement about shooting with Akansha and said, “I am shooting with my best friend, Kanchi, for the first time. We are shooting an ad together, so that’s going to be very different, and it is directed by my other best friend, Abhishek Varman.”

During the video, Alia also answered questions sent in by fans. The first one was about what inspires her. “Two things. My own dreams for myself inspire me every day to work harder and harder. That’s one part of it, the work part of it. And people in my life - my team, my friends, my family, my loved ones - inspire me every day to be a better person just with their compassion, kindness and love,” she said.

Alia said that her first advertisement shoot with Akansha was ‘relaxed’ and ‘comfortable’. “We just realised we have nothing to talk about because we talk every day,” she laughed.

She also answered a few more questions. On being asked about her phone wallpaper, she turned her phone towards the camera to reveal a picture of her and her boyfriend, Ranbir Kapoor. She also revealed her last Google search which was, shimla mirchi (capsicum).

The final question that Alia addressed was one that ‘about hundred people’ asked her, when she is getting married. Without giving a direct answer, she simply shrugged.

As per reports, Ranbir Kapoor and Alia Bhatt are set to tie the knot soon. It is now being said that they will get married next summer after wrapping up their professional commitments.