Last Updated 27.10.2021 | 12:32 PM IST
feedback language
follow us on
Bollywood Hungama » News » Bollywood Features News » Alia Bhatt joins the cast of Sadak 2 and she gets the warmest welcome (Deets inside)

Alia Bhatt will be joining hands with her filmmaker father Mahesh Bhatt and step sister Pooja Bhatt for the first time in Sadak 2. The actress will also reunite with Kalank co-stars Sanjay Dutt and Aditya Roy Kapur in this sequel to the 90s romantic thriller. Now that the film had gone on floors as per a post shared by Alia a few days, the actress got a warm welcome from her family and colleagues when she joined them recently. 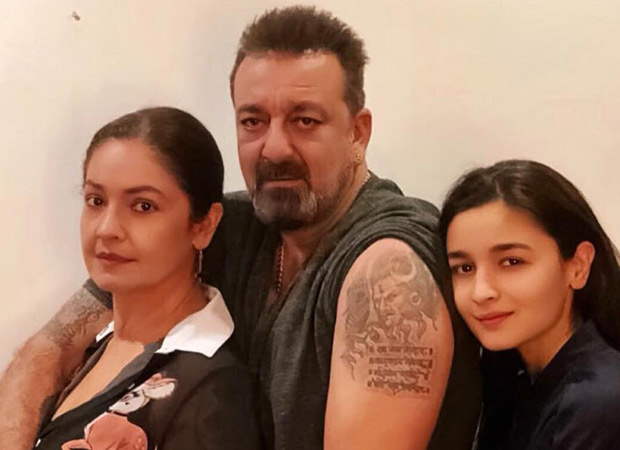 We all remember the post Alia Bhatt shared of the clapperboard a few days ago. Now her sister and the former leading lady of Sadak shared a post of the vanity van door with Alia's name on it indicating that she has joined them for the shoot along with a caption that read, 'Alia Bhatt on the house'. Followed by that, she also posted another series of photos. Here, have a look:

Readers would be aware that the film went on floors three days ago and Alia had shared a rather emotional post about it. She had said, “Today is Day 1 of Sadak 2. And that's my father, now also my director, holding the clap. I begin shoot in a few days and honestly, I’m petrified. I feel like a tiny mouse trying to climb a beautiful, immense, emotional mountain. I hope I make it to the top and if I fall I hope I’m able to get up again. It’s a tough climb but from everything I’ve seen and everything I’ve heard, I know every single step and misstep will be worth it! Here's to movies, family, dreams and starting out on a brand NEW journey! And what a journey it’s going to be!!!!”

Speaking of Sadak 2, the film is expected to feature Alia as the protagonist who exposed the wrong doings of a fake Godman. The film, as we know, has retained its lead cast from the prequel which was Pooja Bhatt and Sanjay Dutt. On the other hand, Aditya Roy Kapur will be seen romancing Alia in this film. It is slated to release on July 10, 2020.