The two couples in Bollywood – Alia Bhatt and Ranbir Kapoor, Malaika Arora and Arjun Kapoor – are often in news for their getaway trips and rumoured marriage prep! They, however, have refuted all the speculations around their respective marriages. A recent picture of the two couples has spread on the internet like wildfire. 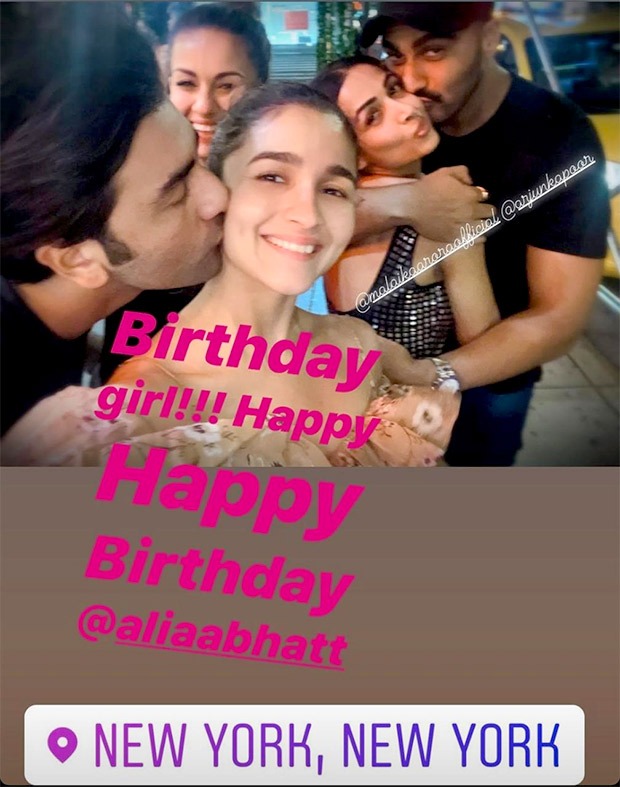 Alia Bhatt, who celebrated her 27th birthday on March 15, received a special birthday wish from Natasha Poonawalla. She posted a photo on her Instagram story from the time Alia was in New York with Ranbir Kapoor. Surprisingly, Malaika and Arjun too were in NYC around the same time. In the photo, Ranbir is seen giving a sweet kiss to Alia as she smiles in the selfie. In the background, Arjun is giving a peck to Malaika as the couple strikes a pose for the camera.