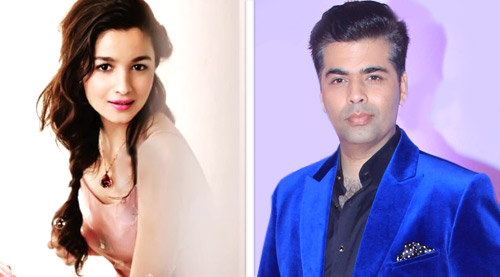 Karan Johar's little girl is a big girl now. Alia Bhatt is growing up. Not content being one of the topnotch actresses of our film industry in just two years; Alia Bhatt now takes interest in behind-the-scenes creative activities of film production.


One hears Alia played a hand in the poster design of her new starrer Kapoor & Sons which pairs Alia with her very special friend Sidharth Malhotra. Says a source close to the development, "Alia is becoming interested in the production aspect of filmmaking. She asks a lot of questions while shooting. And when the producer is her godfather he is more than happy to let her participate."


Apparently, Alia Bhatt had contributed to the poster design and other aspects of the promotion of her earlier film Shaandaar as well. There too, Karan Johar was co-producer. We hope Alia's contributions have a more positive influence on Kapoor & Sons than they did on Shaandaar.