Actors Akshay Kumar and Samantha Ruth Prabhu have come together for the first time on screen for an ad film. The two featured together in a commercial for a popular snack brand. Their chemistry and comic timing are being appreciated by the audience. 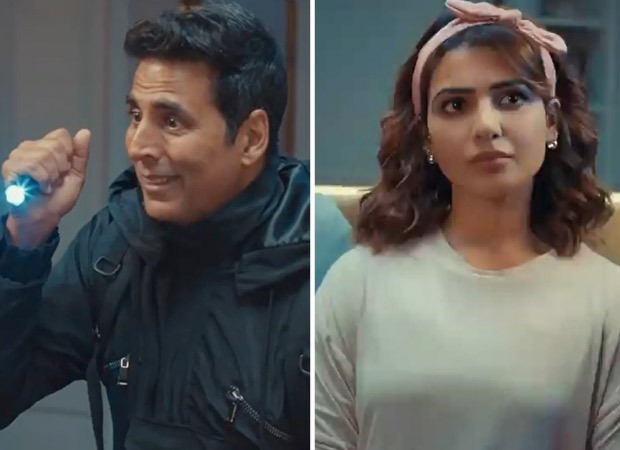 The commercial features Akshay as a thief who breaks into Samantha's house at night. However, he forgets about his job when he spots a snack in the kitchen and starts eating it. He is caught by Samantha and her family when he is busy snacking. Samantha snatches the snack packet away from him, but the mother offers some to Akshay which melts his heart. As he is about to leave, Samantha lovingly tells him that they have arranged a vehicle for him to go and a police siren is heard in the background.

Meanwhile, Samantha shared the video and took a dig at Akshay’s recent cop act in the movies and total contrast in the ad film. "Police officer of the movies turns out to be a Kurkure chor. @akshaykumar  Flushed face this behaviour?," she wrote.