Akshay Kumar has multiple releases this year and has been shooting back-to-back for his upcoming projects ever since the lockdown restrictions were relaxed. On Saturday, he took to his social media handle to share his look from the film Atrangi Re directed by Aanand L Rai. 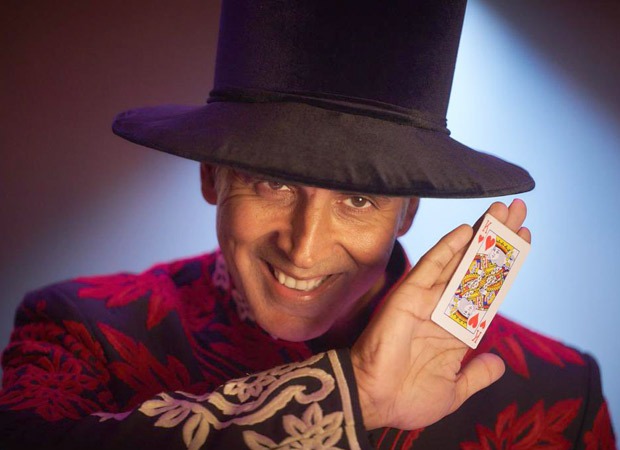 Akshay Kumar will be wrapping up his portions today and to mark the same, he shared an interesting look of his from the film. In the picture shared by the actor, he is seen dressed like magician with King card in his hand.

"It’s the last day of #AtrangiRe and I can’t wait for you’ll to experience the magic created by @aanandlrai. Also a big thank you to my co-stars #SaraAliKhan and @dhanushkraja for letting me be a part of this beautiful film,” he wrote along with the picture.

Earlier in December, Akshay had shared another look of his from the film where he was dressed like Shah Jahan when he was shooting at the Taj Mahal in Agra along with Sara Ali Khan.

Directed by Aanand L Rai, the AR Rahman musical is produced by Colour Yellow Productions and marks the first film in which the trio of Akshay Kumar, Sara Ali Khan, and Dhanush will be seen sharing the screen space.

Presented by T-Series, Colour Yellow Productions, and Cape of Good Films, Atrangi Re is written by Himanshu Sharma. The film is scheduled to release on August 6, 2021.