Akshay Kumar has come out in support and lauded the Sports Minister Rajyavardhan Singh Rathore for his stand against corruption. The minister said that the government entrusted CBI in the investigation against the corrupt officials in sports department. On Thursday, the CBI took 6 people into custody including Director Sports Authority of India S K Sharma, Junior Accounts Officer Harinder Prasad, Supervisor Lalit Jolly and UDC V K Sharma, private contractor Mandeep Ahuja and his employee Yunus in corruption case. 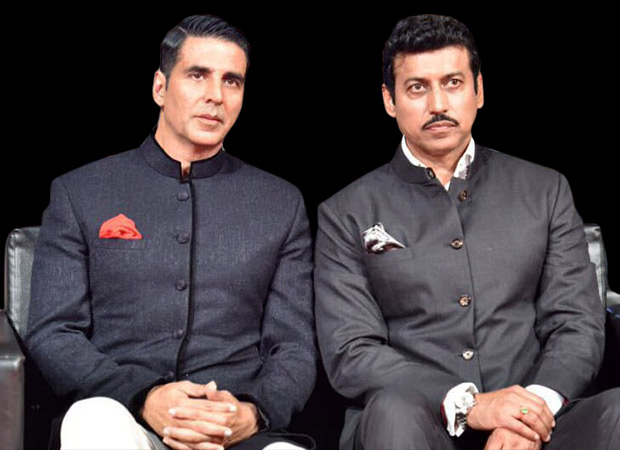 Rajyavardhan Singh Rathore shared a video on Twitter talking about the scandal and wrote, "A few months back, we got information that a few officials of sports department have been involved in corruption. We could have transferred them but that wouldn't have been a solution to the problem but only a cover up."

We, as a govt,are committed to a corruption-free India

That's why when we found out corrupt practices by a few officers in @IndiaSports, we gave their info to relevant agencies,who arrested them today

We will continue to have zero tolerance approach towards corruption @PMOIndia pic.twitter.com/R8YuRceS2X

Akshay Kumar, who has always lauded the Sports Minister's work, came out in support and praised him. He wrote, "Your efforts in this direction are praise-worthy @Ra_THORe ji...a commendable step to remove corruption from the roots and take the Sports of this country to new and deserving heights. Extremely proud of you."

Your efforts in this direction are praise-worthy @Ra_THORe ji...a commendable step to remove corruption from the roots and take the Sports of this country to new and deserving heights. Extremely proud of you. https://t.co/pRDFl4nb5n

In December, Akshay Kumar and Rajyavardhan Rathore did an Instagram live session together where discussed everything from sports to fitness to diet to bullying in school.