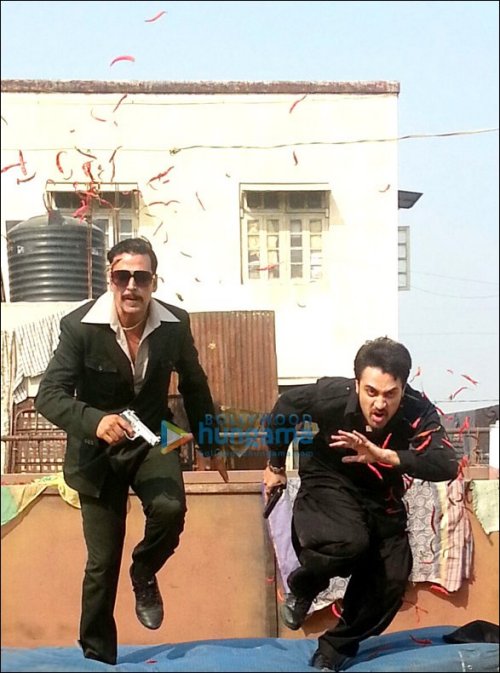 The film stars Akshay Kumar, Imran Khan, Sonakshi Sinha and Sonali Bendre. Going by this image, one can surely expect a lot of action in this gangster flick. While Akshay 'Khiladi' Kumar has been known for his dare-devil stunts since a long time, this is the first time Imran Khan would be seen in an action packed film. One will have to wait and watch if Imran's able to pass this test with flying colours.

Once Upon A Time In Mumbaaiâ€¦Again releases worldwide on Eid (August 8) this year.