A throbbing investigation of criminal masterminds and a gray hero living in the dark to discover the truth - the race to the finale is crucial. With an even darker, suspense-packed visual, Disney+ Hotstar today unveiled the second trailer for the most-awaited Hotstar Specials crime thriller, Rudra- The Edge Of Darkness at an event in Mumbai. Building curiosity, the trailer opens with a terrific dialogue by Ajay Devgn, “Jo andharo mein chupta hai, main usse wahi milta hu.” As he further introduces himself as ACP Rudra Veer, we get to see a glimpse of him solving the most mysterious crimes in the most unconventional ways. 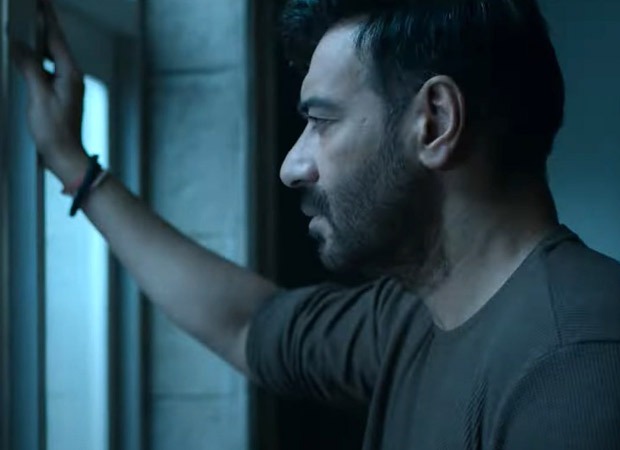 Helmed by ace director Rajesh Mapuskar, this riveting psychological crime drama is actor Ajay Devgn’s digital series debut, where he will be donning the avatar of a cop never seen before. Produced by Applause Entertainment in association with BBC Studios India, the series has been shot at the most iconic locales of Mumbai. It also features a stellar cast including Raashi Khanna, Esha Deol, Atul Kulkarni, Ashwini Kalsekar, Tarun Gahlot, Ashish Vidyarthi, and Satyadeep Misra in pivotal roles.

"In Rudra – The Edge of Darkness, we are excited to bring a riveting thriller with one of India’s most loved actors, Ajay Devgn. Sameer Nair and his amazing team, Applause have helped deliver a show that we hope you will enjoy” said Gaurav Banerjee, Head, Content Disney+ Hotstar, and HSM Entertainment Network, Disney Star. Sameer Nair, CEO, Applause Entertainment, said, “We are truly excited to be part of Ajay Devgn’s digital debut at such an ambitious scale with Rudra - The Edge Of Darkness. It’s been a terrific experience working on this unique narrative together with an amazing cast, crew and our production partners, BBC Studios. At Applause, we believe in the power of stories and storytelling, and with Rudra, we take forward our creative partnership with industry leader Disney+ Hotstar, and hope to continue entertaining audiences across the globe.”

Director Rajesh Mapuskar said, “Rudra spins a darker and grimmer tale to the usual cop and crime drama. The psyche of criminal minds is explored unusually with a hero who is quite dark himself, all through his pursuit of the truth. It was absorbing and enthralling to make and i hope it feels like that in the viewing.”

Bollywood Superstar Ajay Devgn, said, “My character in Rudra - The Edge Of Darkness is possibly the greyest character you may have never witnessed before. This has been both challenging and inspiring for me, and I am elated to share the magic of Rudra with my fans across the world. I hope they fall in love with the show as intensely as we have worked towards the making of it."

Actor Esha Deol said, “It has been a thrilling ride to once again share the screen with my friend and co-actor Ajay Devgn, who, from the beginning of our shoot, eased me into being back in front of the camera. With Rudra-The Edge Of Darkness, I look forward to getting one step closer to the audience through my character and the show.”

Raashi Khanna who is also making her digital debut with Rudra said “Rudra is a dream project for me. It is the most difficult character I have played so far and it definitely pushed me out of my comfort zone. I hope the audience loves it as much as I loved playing it. I am also very grateful to be sharing screen space with a celebrated actor like Ajay Devgn sir.”

Actor Atul Kulkarni said, “I am excited to be a part of Rudra-The Edge Of Darkness and it’s been a pleasure working with actors like Ajay Devgn, Esha Deol, Raashi Khanna, and the entire crew. Viewers are going to be absolutely thrilled with the suspense and twists of the script. The entire crew has done a fabulous job and we can’t wait for everyone to watch the series."

Actor Ashwini Kalsekar said, “It has been a pleasure working with Director Rajesh Mapuskar and the entire cast of Rudra- The Edge Of Darkness. This series has been great learning for me and I am confident that viewers will be thrilled to watch this show. There is a lot of twists and suspense awaiting you.”

The six-episode series is an Indian rendition of the globally successful British series, Luther. The series has a dark and complex narrative that is an idiosyncratic race-against-the-clock thriller delving into the psyche of highly-intelligent criminals and the detective who hunts them. Rudra-The Edge of Darkness will be available exclusively on Disney+ Hotstar from 4th March 2022 in Hindi, Marathi, Tamil, Telugu, Kannada, Malayalam, and Bengali.

ALSO READ: REVEALED: Ajay Devgn was the original choice for Laxmii; he reportedly turned down the film as he was not comfortable wearing a saree and make-up in the climax