It has been a truly tragic day for the Devgan family when they lost their patriarch Veeru Devgan a day ago. Many Bollywood bigwigs came to pay their respects to the former stunt director of Bollywood. Amongst them were also Abhishek Bachchan and Aishwarya Rai Bachchan. In a recent video that was captured at the funeral, we saw a bereaved Kajol letting out her emotions as Aishwarya walked in. 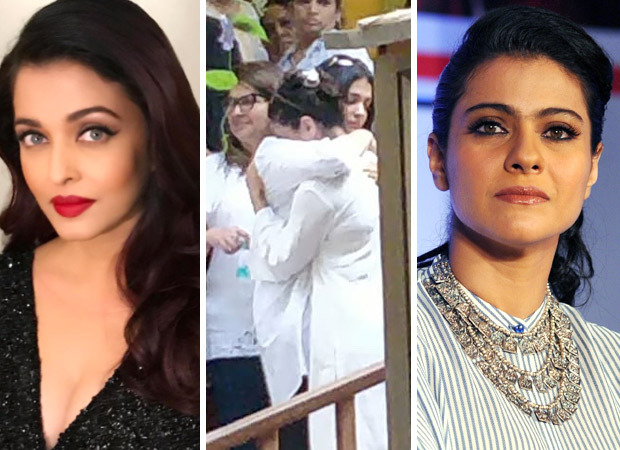 Kajol has always mentioned about how much she loves and respects Ajay Devgn and his family. After the news of his demise came out last morning, celebrities from the industry rushed to the family’s aid and attend the funeral. When Aishwarya Rai Bachchan and Abhishek Bachchan arrived, Kajol couldn’t hold back her emotions and hugged Aishwarya and cried her heart out.

As per reports we hear that Kajol broke down when Ajay Devgn and other members of the Devgan family were taking away the mortal remains to perform the last rites. That’s when the Bachchans arrived and Kajol burst into tears.

Veeru Devgan passed away at the age of 77 on the early morning hours of May 27. The cremation happened in Vile Parle West, suburban Mumbai, last evening.