Last Updated 07.08.2022 | 6:58 PM IST
feedback language
follow us on
Bollywood Hungama » News » Bollywood Features News » Agastya Nanda and Suhana Khan are all smiles on the sets of The Archies; Zoya Akhtar shares photo of the duo

We recently got a glimpse of the much awaited debut of Suhana Khan. The star kid, who needs no introduction, gained popularity even before she entered the film industry. While she has always expressed keenness in acting, following the footsteps of her father Shah Rukh Khan, joining her in her debut venture was none other than Amitabh Bachchan’s grandson Agastya Nanda (son of Shweta Bachchan and Nikhil Nanda). Bringing them together along with Khushi Kapoor is the filmmaker Zoya Akhtar who has helmed The Archies, the adaptation of the popular English comic series. 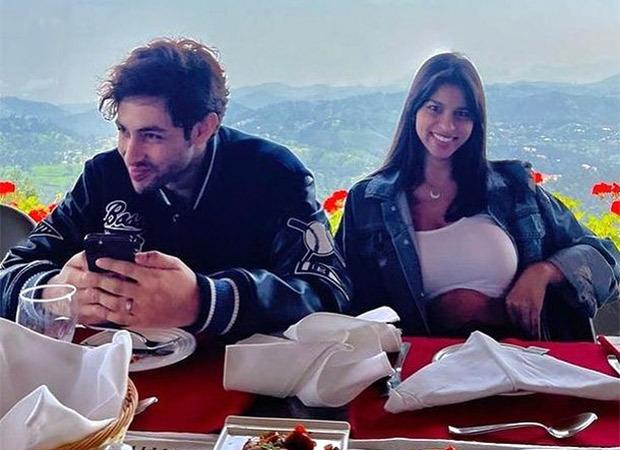 Agastya Nanda and Suhana Khan are all smiles on the sets of The Archies; Zoya Akhtar shares photo of the duo

While the teaser has been announced, we heard that the team has taken off to Ooty for a shoot schedule. A recent photo shared by Zoya Akhtar of Suhana Khan and Agastya Nanda flaunting their pretty smiles, in this picture which features the background of stage. The onscreen couple who will be seen as Archies and Veronica were seen in their de-glam avatars as Suhana was seen on Agastya’s lap. The star kid was seen in what seemed like workout attire, sporting a black crop top and matching shorts, whereas Agastya was seen in blue shirt and denims with disheveled hair. 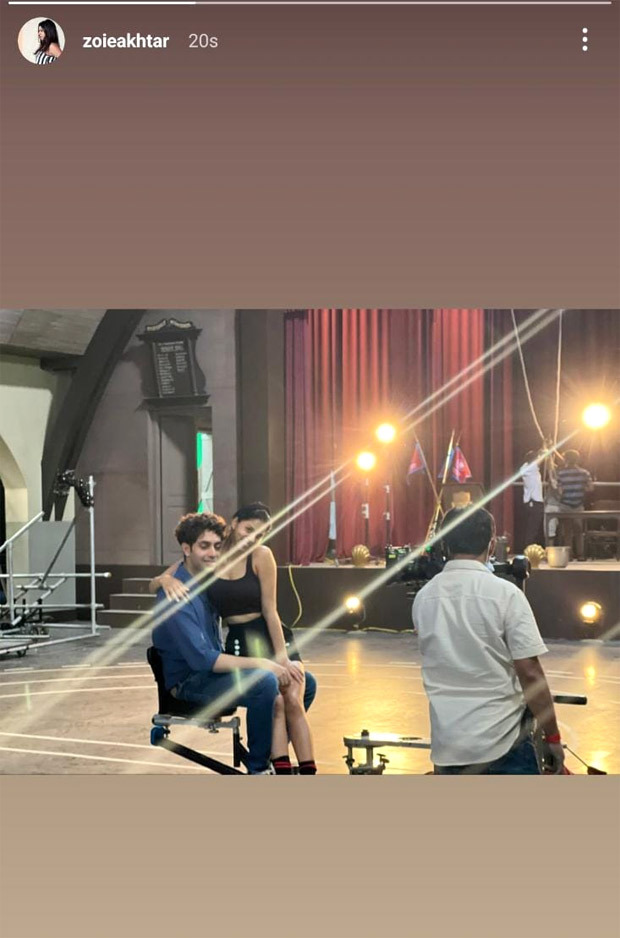 Speaking about their film The Archies, the film features Khushi Kapoor as Betty along with an ensemble cast of young actors which includes Vedang Raina, Mihir Ahuja, Yuvraj Menda, and Dot playing pivotal roles. The teaser of the Netflix film garnered immense response from the industry insiders and fans alike, including Suhana’s parents, Gauri Khan and Agastya’s parents, uncle, and grandparents. The team recently wrapped up a shoot in Ooty and the film is expected to premiere on Netflix in 2023. However, a release date is yet to be revealed.