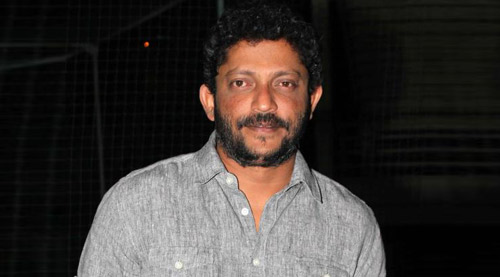 As a director, he has enjoyed a hat-trick of box office successes so far - Force, Lai Bhaari and Drishyam, each of which turned out to be a much bigger grosser

than the last. Meanwhile, Nishikant Kamat hasn't allowed his love for acting to diminish. He did quite well in 404: Error Not Found as the antagonist, though unfortunately the film didn't do

well. However, now that he is arriving with his biggest film till date, Rocky Handsome, he would be seen as the main villain opposite John Abraham.

"It all happened by accident," informs our source, "One of his close friends had been finalized to play the villain. He was all charged about stepping in to the sets and gets the part rolling.

However, due to certain reasons known to him, he suddenly developed cold feet. He informed the makers that he couldn't play that role and requested them to hunt for a replacement instead," informs

For producers John Abraham and Sunir Kheterpal, it was a situation for which they had to find a solution pronto as the dates for cast and technicians were already locked.

"For this unconventional role, we couldn't have settled for a conventional baddie," says Sunir, "Our antagonist had to be menacing, yet in a quiet sort of a way. With due respect to few baddies

that we have in the industry today, none of them was truly fitting the bill. We had to think innovative, we had to decide fast, and yet we had to maintain the ethos of Rocky Handsome for the

subject and the genre that it carries."

While deliberations were on, there was solution just round the corner as everyone felt that Nishikant himself could be the right man for the role.

"Absolutely," says John, "And we are so glad that he agreed to step into the shoes of an actor for this very important part. He had to show the mean side of this character and since he was so

attached to Rocky Handsome right from its inception, he was also the closest to the thought process, mannerisms and body language of the villain. Once he faced the camera, he was just bang

As for Nishikant though, playing the 'double role' of a director as well as the villain took a toll on him.

"Yes, there was so much pressure on him as the role is very demanding, especially mentally and emotionally," says John, "I can understand where he was coming from. He is so involved during the

making of his films and wants to give his all to every job that he does. Here, to do two jobs simultaneously was a lot that he took on his plate."

"One thing that he has vowed now that henceforth he won't direct and act at the same time," chuckles John before signing off.